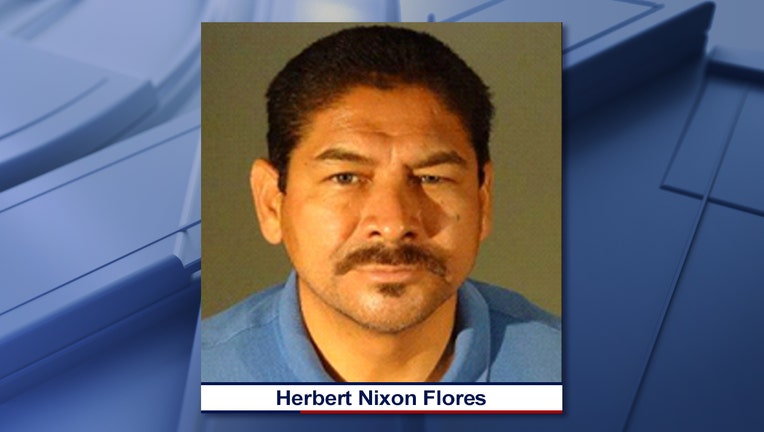 IRVING, Texas - Police in Irving, Texas say a 46-year-old man accused of killing his ex-girlfriend in front of their young child in Pacoima, killed himself after coming to North Texas to visit his family.

Herbert Nixon Flores was being tracked by the FBI Fugitive Task Force from Los Angeles, and the Irving Police Department was notified after it was found he could be visiting family in Irving.

Flores is accused of murdering his ex-girlfriend "in the presence of their young child" at a home in Pacoima on Wednesday.

Surveillance video released by the Los Angeles Police Department shows the victim attempting to remove her child from the backseat of a vehicle outside of a home when a silver or gray-colored sedan pulled into the driveway. The suspect began chasing the woman up the driveway as she attempted to enter the house. Police say Flores then fired six shots from his semi-automatic handgun. 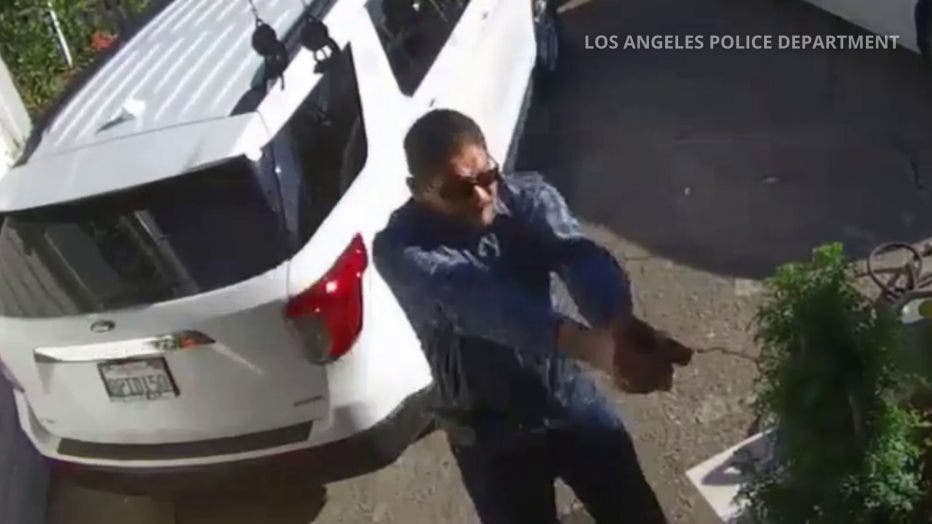 Following the shooting, Flores was eventually tracked down to a location in Arlington, Texas.

Officers were monitoring his location, and he was seen getting into a vehicle that was heading towards Dallas.

Once Flores realized he was being followed, police said he got out of the vehicle and fled on foot.

According to police, Flores then shot himself as more police vehicles approached him.

He was pronounced dead at the scene.

No further details have been released, and police are continuing to investigate.