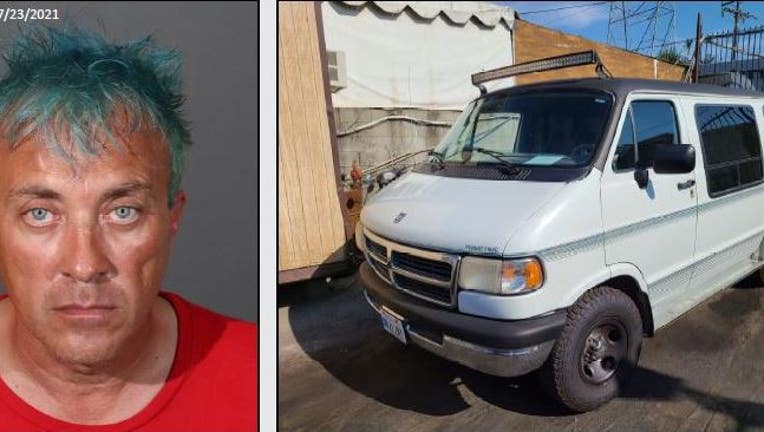 LOS ANGELES - A 50-year-old man is out on bail after being arrested on suspicion of kidnapping an unconscious woman in the West Hollywood area.

Fernando Adrian Diaz was arrested around 3 a.m. Friday after a witness alerted police about seeing an intoxicated woman in Diaz's 1997 Dodge van.

According to the sheriff's department, the incident happened near several clubs and bars in West Hollywood.

A 50-year-old man is out on bail after being arrested on suspicion of kidnapping an unconscious woman in the West Hollywood area.

Detectives are searching for anyone who had contact with Diaz under similar circumstances overnight on Thursday, or anytime in the past, or has other information. Diaz is described as Hispanic, 5 feet, 8 inches tall, 165 pounds, with blue eyes and gray hair.