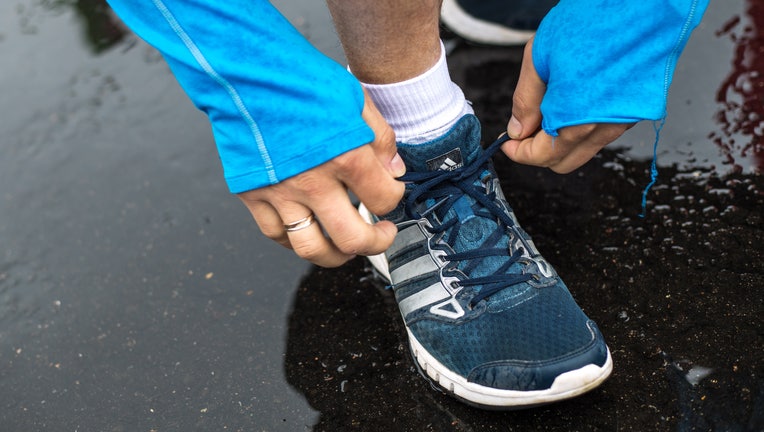 PARIS - In the age of confinement, Elisha Nochomovitz figured out a way to run a marathon anyway - back and forth on his balcony.

He saw it as a physical and mental challenge, but he also shared the images online as a way "to extend my support to the entire medical personnel who are doing an exceptional job," he told The Associated Press from his apartment in Balma, a suburb of the southern French city of Toulouse.

Like athletes who ran around their Wuhan apartments or cyclists who found ways to train in their locked-down Abu Dhabi hotel rooms, Nochomovitz wanted to show others that it's possible to stay fit as virus containment measures tighten around the world.

He also wanted to lighten the mood. "It was about launching a bit of a crazy challenge and bringing a bit of humor, to de-dramatize the confinement situation," he said.

He didn't exactly make record time. It took him six hours and 48 minutes.

He got nauseous, and got worried the neighbors would complain about the pounding of his footsteps.

But he did it.

Technically the French authorities still allow people to go outside for "individual sports" like running, if they sign a special form explaining why.

But the number of joggers in French streets has multiplied in recent days, amid exceptionally balmy weather. And that has authorities worried that too many people are still out in the streets, threatening efforts to contain the virus.

"If everyone thinks the same way and does the same thing, we'll all find ourselves outside and that won't help anything, and the message that we need to stay confined at home will have had no impact," he said.

Nochomovitz had been training for a marathon, and said "I needed to assure myself that I could still run 40 kilometers whatever the condition."

He lost track of how many laps he did, but his pedometer kept track while his mind wandered.

"I thought about many things, what's going to happen, when I see that the world has stopped, sports, economy, finance," he said. "We learned in history about wars between nations, men and weapons, but this is something that is beyond us."

He especially thought about medics, "the real everyday heroes."

And he had a key helper. "I had my girlfriend here who was giving me drinks and M&Ms."

Outside, some onlookers stared in confusion.

And his neighbors? "They were very understanding."