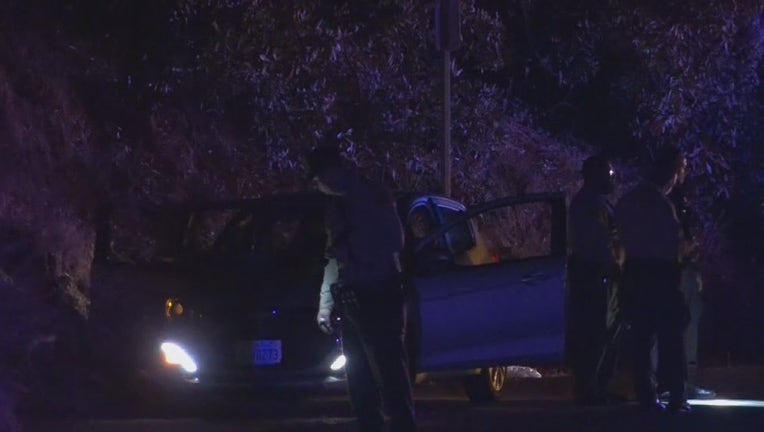 HACIENDA HEIGHTS, Calif. - An investigation was underway in Hacienda Heights after a man was killed and a woman was critically wounded after they were shot inside a parked vehicle early Thursday morning, authorities said. Investigators believe the victims may have been ingesting nitrous oxide prior to the shooting.

Shooting kills one, critically wounds another in Hacienda Heights

An investigation was underway in Hacienda Heights after two people, believed to be in their 20s, were shot on the morning of May 20.

Homicide investigators with the Los Angeles County Sheriff’s Department were called to the 3300 block of Turnbull Canyon Road, described as a dark, secluded, and narrow canyon road, just before 1 a.m.

The man in the driver’s seat was pronounced dead at the scene and the woman was taken to a local hospital in critical condition, sheriff’s officials said. Both of the victims were in their 20s. However, their names have not been released.

"At this time both the victims appeared to have been parked for some time and possibly ingesting nitrous oxide. It appears a second vehicle pulled up behind them and at least one individual approached the vehicle, fired shots into the vehicle and fled the location," LASD Lt. Robert Westphal said.

The suspect was last seen traveling southbound on Turnbull Canyon Rd. in a gray sedan.

Anyone with information is asked to call Crime Stoppers at 1-800-222-TIPS.