Several witnesses reported that the gunshots came from a U-Haul truck.

The shooting was reported near the intersection of South Western Avenue and West 69th Street in South LA’s Chesterfield Square neighborhood just before 1:30 a.m Friday. Investigators with the Los Angeles Police Department said the victim was sitting in a black Kia with his girlfriend when he was gunned down.

The LAPD said the victim was either driving or parked along 69th St. near Harvard Boulevard when the shooting occurred.

Witnesses told investigators they saw the shots being fired from someone who was driving a U-Haul truck. The suspect was last seen driving westbound on 69th St. and then south on Western Ave. 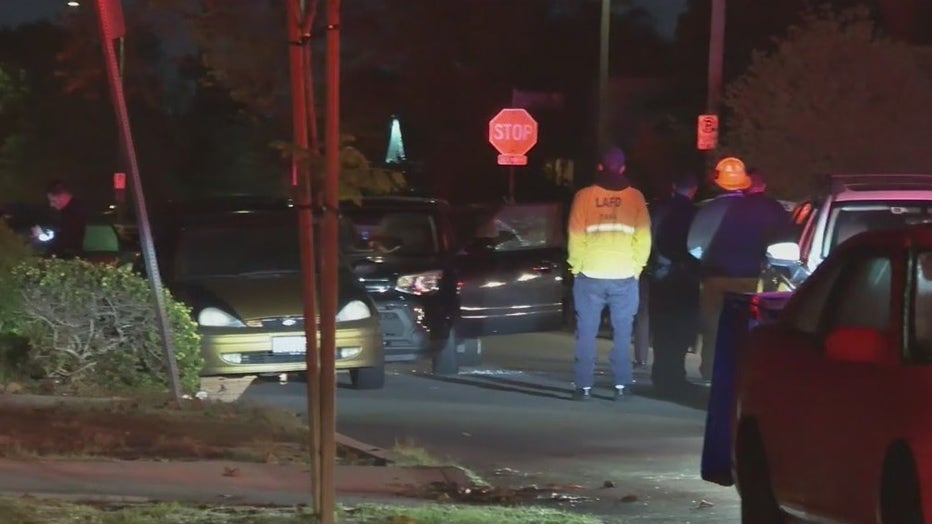 Arriving officers found the victim’s vehicle with its windows shattered. The driver was pronounced dead at the scene and his girlfriend was not injured in the shooting.

The name of the victim has not been released and a detailed description of the suspect was not available.

Anyone with information on the shooting is asked to contact the LAPD.