Three big rigs were involved in a deadly crash on the 10 Freeway in West Covina.

WEST COVINA, Calif. - One person was killed Thursday morning in a crash involving three big rigs on the eastbound 10 Freeway in West Covina.

The accident occurred about 2:55 a.m. near the Citrus Street offramp, according to the California Highway Patrol.

Video from the scene showed the mangled wreckage of the three semis involved in the crash.Some diesel fuel spilled from at least one of the big rigs, Caltrans reported. 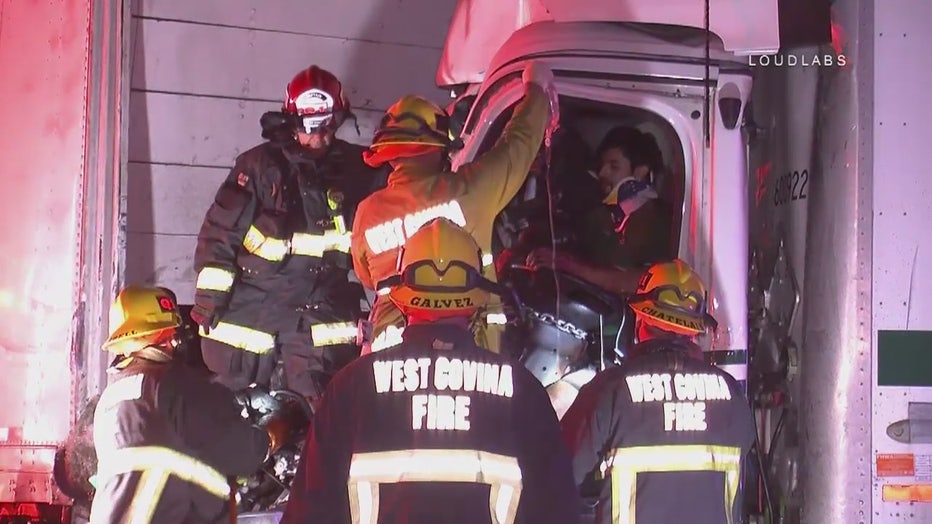 One of the drivers died at the scene. He was later identified as Edmundo Hernandez Beltran, 52.

A second truck driver was freed from the wreckage and taken to a hospital in serious condition.

The crash prompted the closure of all eastbound lanes of the freeway just west of the Citrus Street exit. One lane was reopened about 8 a.m., and two others were reopened about two hours afterward. The No. 4 lane remained
closed while crews worked to clear the scene.