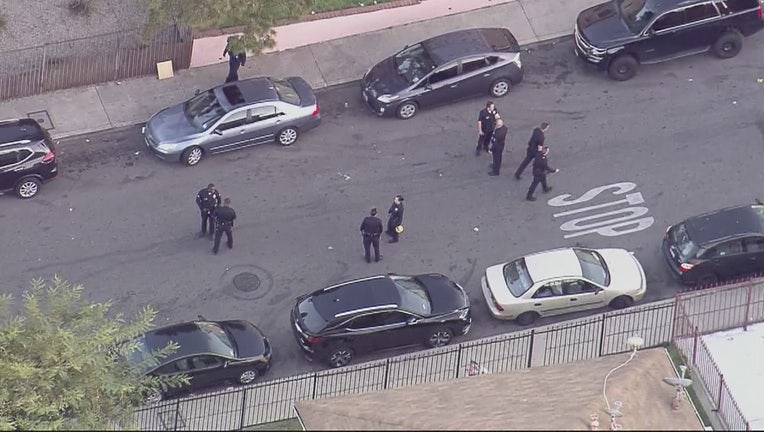 LOS ANGELES - Two people were injured during a shooting in Baldwin Park.

Officers with the Los Angele Police Department responded to the area of Somerset Drive near Santo Tomas Drive around 5 p.m. Saturday for reports of a shooting.

The two victims are said to be a man in his 30s and a little girl. They have been transported to the hospital, both are in stable condition.

Police say a suspect approached the man and opened fire, striking him and the child. The suspect then fled on foot. Police have set up a perimeter and are searching the neighborhood.

A motive for the shooting is not known, but police believe it is gang related.