NEW HAVEN, Conn. - Desiree S. Anzalone, the great-granddaughter of Lucille Ball and Desi Arnaz Sr. has died after a battle with stage 4 breast cancer. She was 31.

"She was so special. All our children are special, but this little girl was something else," Anzalone’s mother Julia Arnaz, 51, told the publication. "We were [best friends]. We are still."

Anzalone was the daughter of Arnaz and Mario Anzalone and was Julia’s only child. Arnaz described Anzalone as "my mini-me."

LUCILLE BALL ENDURED RUTHLESS CRITICISM ON ‘LIFE WITH LUCY,’ SAYS CO-STAR: ‘THEY WERE SO BLOODY’

"She was so beautiful, just so so beautiful inside and out," Arnaz told the outlet. "She really, really reminded me a lot of my grandmother, more so than I."

LUCILLE BALL AND DESI ARNAZ HAD A 'HORRIBLE DIVORCE,' SAYS DAUGHTER: 'THEY WERE FIGHTING ALL THE TIME'

Arnaz told People that Anzalone went “peacefully” but "watching her slip away was just, I wouldn't wish it on my worst enemy. No mother should have to watch that."

An obituary described Anzalone as “an old soul who loved 60's and 70's music.”

“Her talent was prolific including her art, songwriting, poetry and playing piano,” it reads. “She was a talented photographer and enjoyed playing guitar with her father, singing and modeling photography.”

Anzalone was first diagnosed with stage 2 breast cancer at just 25, according to People magazine. Arnaz said that while Anzalone "was a rare case," it "does happen."

'THE NANNY' STAR FRAN DRESCHER ON FEELING DISRESPECTED BY HOLLYWOOD: ‘THEY SAW ME AS THE THIRD BANANA’

She underwent chemotherapy and eventually decided to undergo a double mastectomy, People reported, adding that Anzelone was in remission before learning her cancer had returned – this time as stage 4.

"She probably would have been with us for a few more years — it was starting to spread a lot more, and the tumors were getting bigger — but we expected her to stay at least through the holidays,” Arnaz told the outlet. 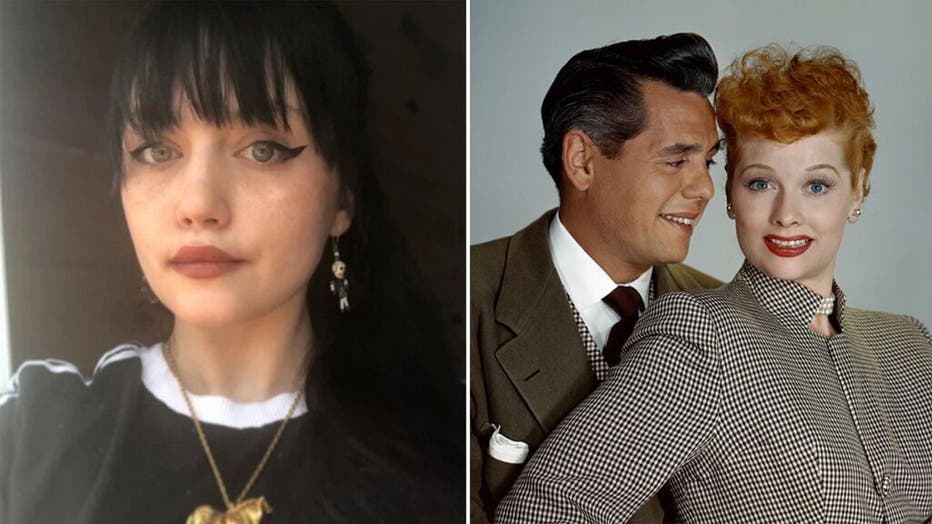 “What went wrong is she kept getting fluid around her heart and then they kept doing surgeries and it would come back like two weeks later,” she continued. “And this time, they did the surgery and came back 12 hours later and [said], 'You've got days, if hours.' So that was really tough.”

"I was there before that happened. It was unimaginable."

‘THE YOUNG AND THE RESTLESS,’ ‘GENERAL HOSPITAL’ STARS DISH ON WHY SOAP OPERAS REMAIN SO POPULAR IN 2019

In Anzalone’s abbreviated life, Arnaz said she made it her mission to educate people that breast cancer can strike anyone at any moment.

Anzalone wanted to "give awareness for young girls her age because this does happen. It's rare, but it does happen,” Arnaz explained. “And Desiree wanted to put awareness out for if you feel anything, just because you're a certain age doesn't mean that it can't happen to somebody."

She added: "It's just not talked about a lot. It's usually people in their late 30s, 40s, 50s — not somebody at this age. So that was something that she really wanted — to help other women like her. A preventative, really."

Amid the coronavirus pandemic, Arnaz and Anzalone didn’t have nearly enough time to spend with each other before her passing.

LUCILLE BALL WOULD BE 'ELATED' FOR WOMEN IN HOLLYWOOD, BUT 'DISAPPOINTED' IN COMEDY OFFERINGS ON TV, FRIENDS SAY

“The COVID-19 kept us apart, so I wasn't able to see her as much as I usually do because she was compromised and I didn't want her getting sick in any kind of way," Arnaz told People magazine. "So I wasn't able to spend as much time with her as I normally do because of the COVID since March. I mean, I saw her, but not as much; we'd hang out every day practically she was here. Plus, she lived with me for a while."

According to People, Anzalone is survived by her father, Mario, and his wife, Nancy; her mother, Julia, and her husband, Halbert Massey; her maternal grandmother, Susan Callahan Howe; grandfather Desi Jr.; paternal grandmother, Carol Anzalone; paternal great-grandmother, Marjorie Broadhurst; stepbrothers Sammy and Joe, and AJ and Nick; and her fiancé and caregiver, Chris Reynolds.

"He did not leave her side, not for one minute," Arnaz said of Anzalone’s fiancé. "He was there with us when she passed. ... He never left her side."