Every June, the LGBTQ+ community and allies celebrate what has become "Pride Month."

WASHINGTON - President Joe Biden formally recognized National Coming Out Day on Oct. 11 and reminded all members of the LGBTQ+ community that they "are loved and accepted" just the way they are.

"Today and every day, I want every member of the LGBTQ+ community to know that you are loved and accepted just the way you are – regardless of whether or not you’ve come out," a statement from the White House statement reads.

Biden went on to acknowledge that while progress has been made to protect the rights all members of the LGBTQ+ community are entitled to, "our work to ensure the full promise of equality is not yet done," the statement continued.

"We must continue to stand together against these acts of hate, and stand up to protect the rights, opportunities, physical safety, and mental health of LGBTQ+ people everywhere. From defeating discriminatory bills to passing the Equality Act, we have more work to do to ensure that every American can live free of fear, harassment, and discrimination because of who they are or whom they love," Biden said. 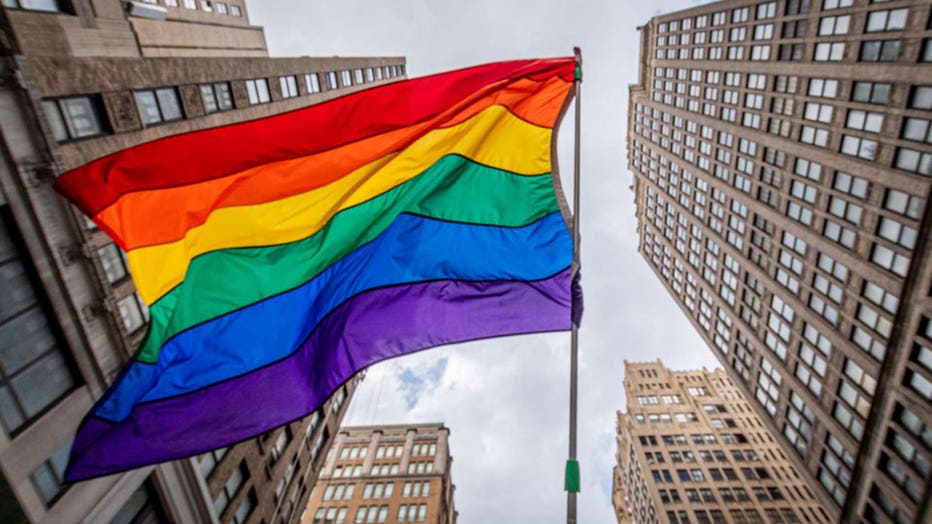 RELATED: Pride Month in Philadelphia: Why 2021 may mean more than past years

National Coming Out Day was first established in 1988 and was founded by Richard Eichburg and Jean O’Leary, according to the American Psychological Association (APA).

The reason for choosing Oct. 11 was to mark the anniversary of the "second major National March on Washington for Lesbian and Gay Rights, which took place in 1987," according to the APA.

During the original march in 1979, activists and leaders had five notable demands for lawmakers to better protect members of the LGBTQ+ community.

The first was to pass a comprehensive lesbian/gay rights bill in Congress, initiate presidential executive orders banning discrimination based on sexual orientation in the federal government, military and federally contracted private employment, repeal any anti-LGBTQ+ laws, end discrimination in LGBTQ+ parental custody cases, and protect LGBTQ+ youth from laws which were implemented to "discriminate against, oppose and/or harass them in their homes, schools, jobs and social environments," according to the Howard University School of Law Library.

Since then, a slew of anti-LGBTQ+ laws have been abolished and social stigmas surrounding the LGBTQ+ community are slowly being erased but there are still too many instances of discrimination taking place in parts of the country and especially around the world.

In the United States, 20 mostly Democrat-run states already have laws comparable to the Equality Act — protecting LGBTQ+ people from discrimination in employment, housing, public accommodations and public services. The other 30 states, where Republicans hold full or partial power, have balked.

The result is a patchwork map in which a majority of states make it legal to be fired, evicted or barred from public facilities because of sexual orientation or gender identity.

Despite shortfalls in all-encompassing equality, in myriad ways, progress for LGBTQ+ Americans has become so commonplace that it attracts little notice, whether it’s in local politics, the arts or sports.

"My Administration will always have your back, and we will continue fighting for the full measure of equality, dignity, and respect you deserve," the president concluded.