LOS ANGELES - FOX 11 witnessed a looter taken down by LAPD Sunday afternoon at the New Balance store at Wilshire and 26th.

Looter talks to FOX 11 after being arrested

A group of looters broke into the store and began to flee, and as they got into a car, one of them wasn't fast enough and was left behind by his group.  Police were able to catch him, and he was taken into custody. 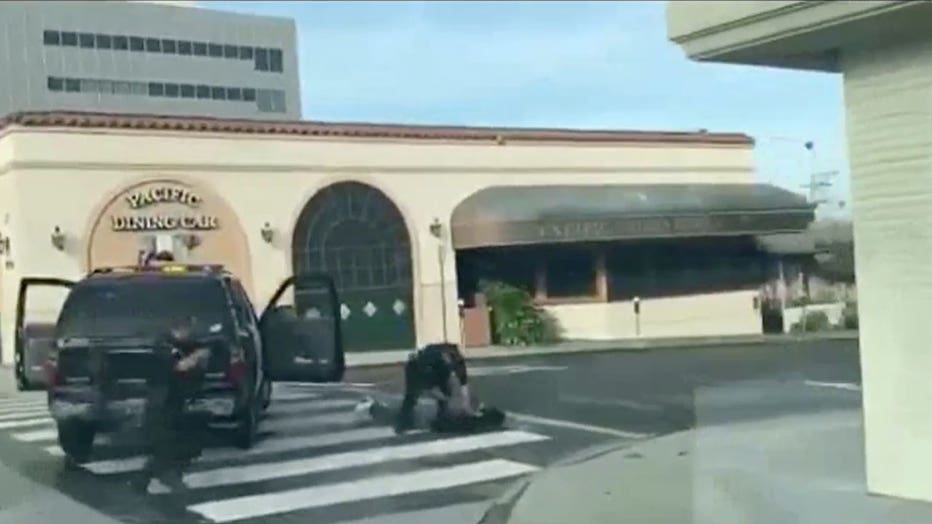 FOX 11's Bill Melugin talked to him, and he was very candid about his motive.  He said point-blank he was "out to get some money". When asked if his actions were related to the protests and events that took place in Minnesota, he said it had a little bit to do with it, but it was mostly for "the dough."

He left our interview by saying, "If you're going to get some money, do it right. Don't do it the dumb way. Do it the smart way."