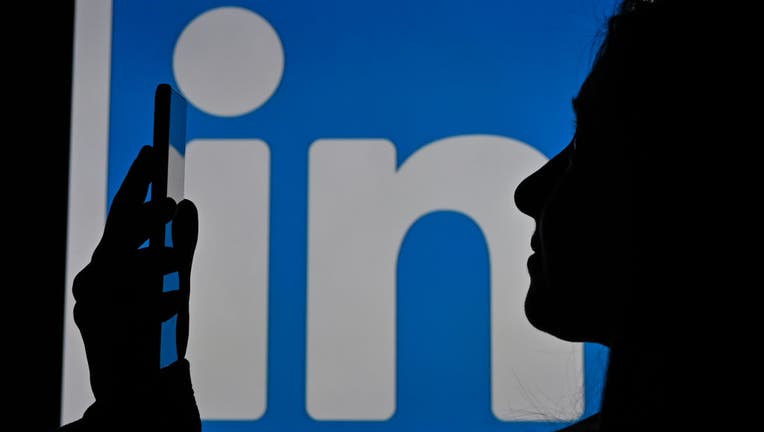 An image of a woman holding a cell phone in front of a LinkedIn logo displayed on a computer screen.On Tuesday, January 12, 2021, in Edmonton, Alberta, Canada. (Photo by Artur Widak/NurPhoto via Getty Images)

The professional networking social media site recently added the options. According to Fortune, the company will also soon add "parental leave," "family care" and "sabbatical" options in the coming weeks.

LinkedIn took heat last year after a post on Medium criticized the company for not doing enough to destigmatize employment gaps for the growing number of women who chose to leave their jobs to take care of families.

"By simply modernizing its profile editing options, LinkedIn holds the key to encouraging transparent dialogue about employment gaps," the 2021 post read. ‘These conversations could help set the stage for improvements in company leave policies and work arrangements that better support primary caregivers."

LinkedIn responded to the growing criticism.

An Arizona CEO is offering a $5,000 bonus for new hires to quit after just two weeks into their new jobs as part of a unique approach to staff retention as a "great resignation" sweeps the American workforce. Chris Ronzio, CEO of the Arizona-based software company Trainual that helps small businesses onboard, train and scale teams, is taking a unique approach to the nationwide issue of worker retention by instead paying new hires a $5,000 bonus to quit at the two-week mark into their new jobs.

"The stigma of employment gaps is already starting to fade," the company previously said. "While 72% of job seekers believe there’s a stigma associated with having a career gap, 79% of hiring managers today would hire a candidate with a career gap on their resume."

Linkedin said more than 2.5 million women left the workforce during the COVID-19 pandemic, many voluntarily, due to a sudden lack of childcare or to manage virtual learning for their children.

A 2020 Pew Research study also showed the growing number of parents who quit their jobs during the pandemic.

According to researchers, the shares of mothers and fathers who were employed and at work in September 2020 were smaller than in September 2019. Among mothers, this share decreased from 69.0% to 63.4% and, among fathers, it decreased from 90.5% to 85.6% over this period. The main reason being the ability to take of children as schools switched to remote learning.

However, other researchers suggest stay-at-home parents should not include the"stay-at-home" job title on their LinkedIn pages as they may be overlooked and cast aside by potential employers.

"Frankly, I would worry about women or men using these options," Stanford professor Shelley Correll told Forbes magazine. "While my research showed that signaling parenthood on a job application leads to penalties for mothers but not fathers, more recent research shows that when fathers show a commitment to caregiving, they are penalized the same way mothers are and sometimes worse."

Correll further explained to the outlet that the solution is for potential employers to realize people can be both good parents and good employees.

Catherine Stoddard and the Associated Press contributed to this story. This story was reported from Los Angeles.