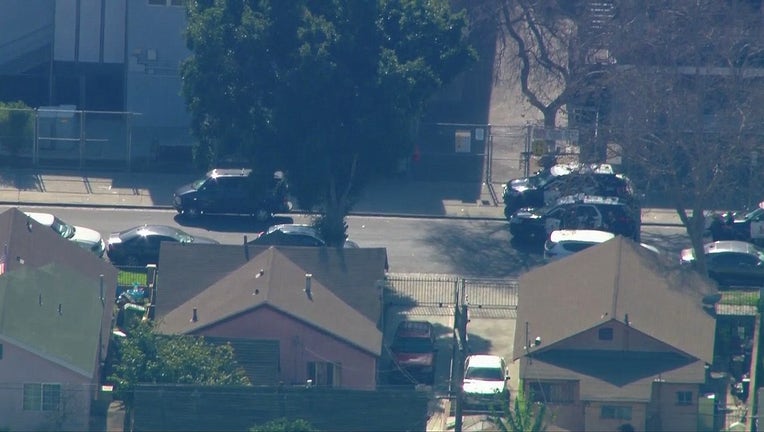 LOS ANGELES - Multiple schools in South Los Angeles were placed on lockdown Wednesday morning as the Los Angeles Police Department was in a standoff with a suspect in a reportedly stolen vehicle nearby. The lockdowns were lifted shortly before 2 p.m. after the suspect was taken into custody.

John Muir Magnet Middle School, Budlong Elementary School and Parks Huerta Early Education Center were placed on lockdown because of the situation around 11:35 a.m. LA School Police originally reported that the standoff was happening on the south side of the building, but later corrected itself saying the suspect is on the north side of both schools.

The driver was initially refusing to leave the vehicle. LAPD closed off the street as they negotiated with the suspect.