The news photographer at the scene ended up adopting the kitten and named her Ash.

LOS ANGELES - It was a happy ending for a kitten who was rescued out of a burning building by firefighters with the Los Angeles Fire Department.

Fire crews arrived at the abandoned home on fire in the 5900 block of Haas Avenue in South LA’s Chesterfield Square neighborhood just after 1:30 a.m. Wednesday.

They did not find any people inside the home but did find a kitten.

The firefighters knocked down the flames and a news photographer at the scene who shot the fire took the kitten home and named her "Ash." 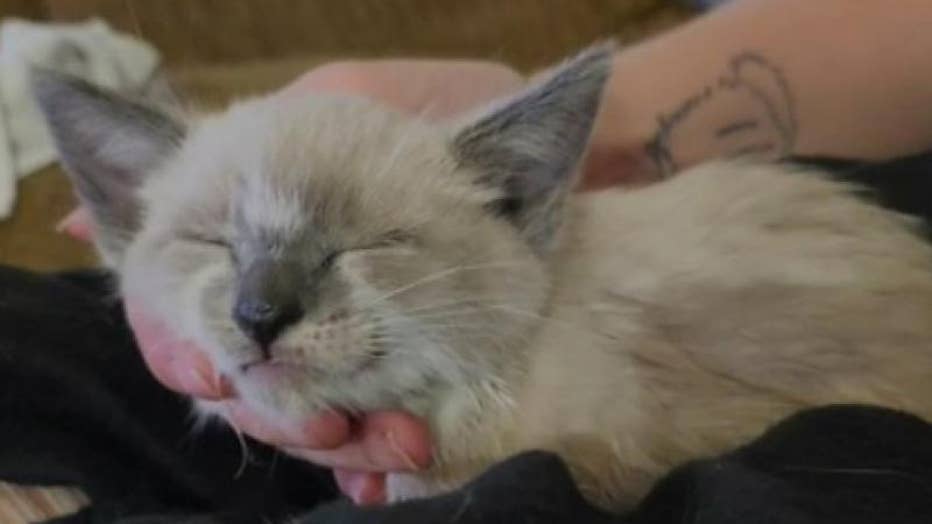 The news photographer says Ash is doing very well after giving her a bath. She suffered some smoke inhalation and minor burns to her tiny paws, but she is expected to make a full recovery.