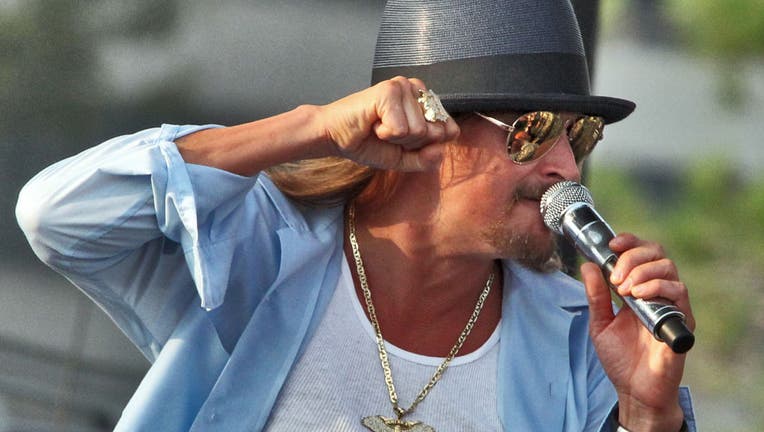 Musician Kid Rock was forced to cancel his concert at the North Dakota State Fair in Minot Friday evening because of high winds, prompting attendees to begin trashing the venue.

The performance was nixed at the last minute, after more than two hours of fans watching Night Ranger perform for the opening act. There was reportedly wind and lightning on the outskirts of town, which had delayed Kid Rock's show.

Fans were captured on video hurling beer cans and bottles toward the stage following news that the event was canceled, upset because it appeared the storm was beginning to clear.

At least one person was apprehended by police. The one fan was tackled after he attempted to climb onto the platform. He was later seen escorted away in handcuffs by police.

Kid Rock released a statement on Twitter after the cancelation expressing his frustration with the evening's circumstances.

"SO P---ED OFF we could not play for a sold out crowd tonight in Minot, ND (because of high winds) - I know it sucks but none of us can control mother nature. Please be safe leaving and take care of each other," he wrote.

There were around 18,000 fans in attendance, according to TMZ.

The North Dakota State Fair said in a statement the performance was canceled over safety concerns and promised to refund ticket holders.