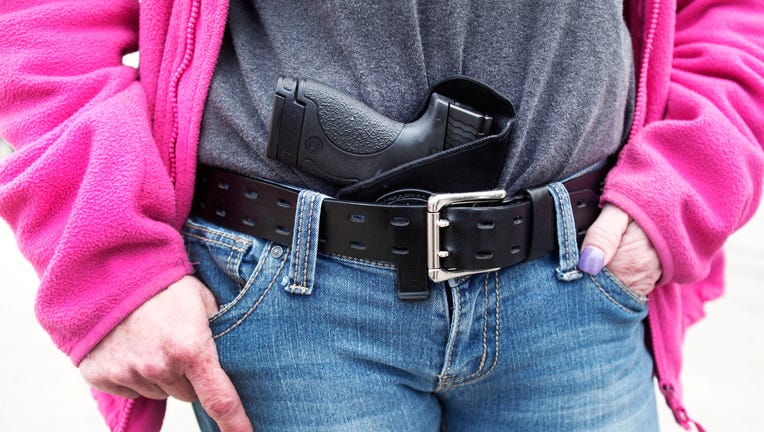 SACRAMENTO, Calif. (AP) - A U.S. judge on Monday upheld California’s near-total ban on carrying guns in public even as protests in other states have seen counter-demonstrators armed with weapons.

U.S. District Judge Kimberly Mueller denied a review of a 2017 federal appeals court decision that upheld the law, which bans carrying concealed weapons in most urban areas and permits open-carry of weapons only if someone believes that a person is in immediate danger and law enforcement has failed to respond, the San Francisco Chronicle reported.

However, Mueller also said gun owners can proceed with a lawsuit against California over the ban while awaiting a court hearing next month involving another open-carry ban in Hawaii.

An 11-judge panel of the 9th U.S. Circuit Court of Appeals is scheduled on Sept. 24 to consider a challenge to the law, which effectively only permits police and security guards to openly carry firearms. Any ruling is at least several months away but it would be binding in nine states, including California.

Amy Bellantoni, a lawyer for the gun owners, said they may ask the appeals court to halt enforcement of the California law while their case is pending, the Chronicle reported.

Most states permit open carrying of firearms. They include Wisconsin, where an anti-racism demonstration over the police shooting of Jacob Blake ended in the killing of two protesters and the arrest of 17-year-old Kyle Rittenhouse of Illinois, who was carrying a rifle although he wasn’t legally of age to possess a gun.

Amy Bellantoni, a lawyer for the gun owners, said they may ask the appeals court to halt enforcement of the California law while their case is pending.