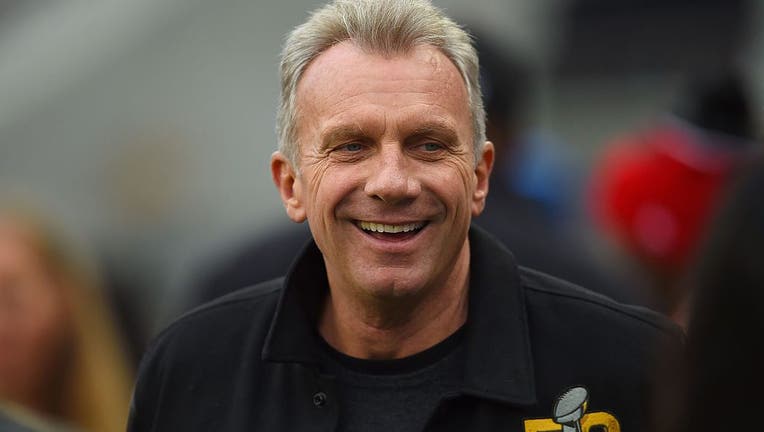 Former San Francisco 49ers quarterback Joe Montana looks on from the sidelines during an NFL football game between the Cincinnati Bengals and San Francisco 49ers at Levi's Stadium on December 20, 2015 in Santa Clara, California. (Photo by Thearon W. (Getty Images)

MALIBU, Calif. - NFL Hall of Fame quarterback Joe Montana and his wife had to grab his baby granddaughter from the arms of an intruder inside his Malibu home to prevent her from being kidnapped, authorities said Sunday.

Around 5 p.m. Saturday, Montana flagged down deputies near his home in the 22100 block of the Pacific Coast Highway telling them that a woman broke into their home, kidnapped his grandchild and fled the location without the child, the Los Angeles County Sheriff's Department said in a press release.

Montana told the deputies that his 9-month-old grandchild was asleep in her playpen when the intruder broke into the residence and snatched the child.

The NFL star and his wife Jennifer confronted the woman, attempted to de-escalate the situation and asked her to give back their grandchild.

"A tussle ensued and Mrs. Montana was able to safely pry the child out of the suspect’s arms," LASD said.

The intruder then ran out of the house.

Deputies searched the area and located the woman — later identified as Sodsai Dalzell — at a nearby residence. She was taken into custody and charged with kidnapping and burglary.

"Thank you to everyone who has reached out," Montana wrote in a tweet Sunday afternoon. "Scary situation, but thankful that everybody is doing well. We appreciate respect for our privacy at this time."

Anyone with information regarding the incident was encouraged to contact the Los Angeles County Sheriff's Department's Malibu/Lost Hills Station at 818-878-1808.