As part of the short sale, you'll have to depart on a Tuesday or Wednesday.

NEW YORK - Planning to take a trip somewhere but are flexible on the date and location?

JetBlue is celebrating its 20th anniversary by offering a “20 Years Just Flew By” sale with seats starting as low as $20 one-way in select markets.

“No one believed that a start-up airline in 2000 could survive 20 months, much less 20 years,” JetBlue CEO Robin Hayes said in a news release. “But JetBlue proved that taking care of people and bringing low fares to the market could not only be a viable business model but could also completely disrupt an industry.” 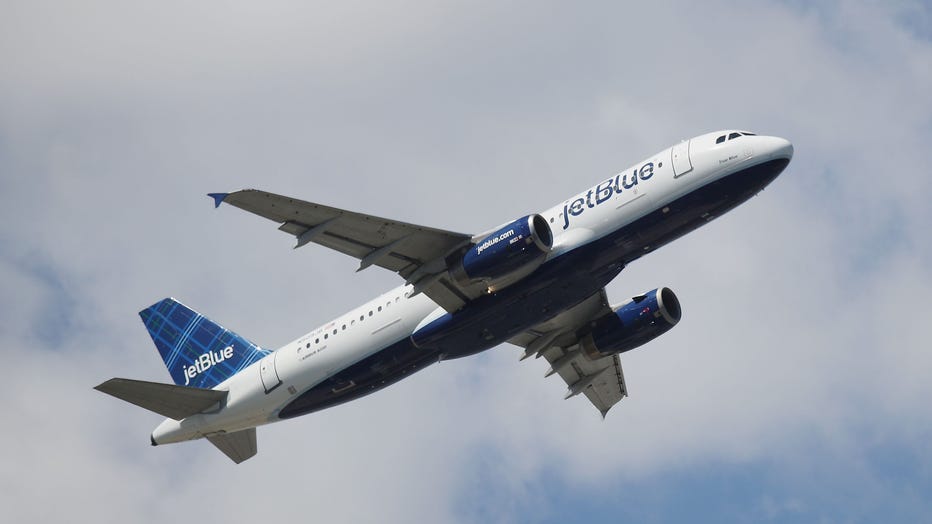 An Airbus A320-232 operated by JetBlue takes off from JFK Airport on Aug. 24, 2019 in the Queens borough of New York City. (Photo by Bruce Bennett/Getty Images)

Travelers who take advantage of the sale, which mostly falls under JetBlue’s Blue Basic fare class, should also note that flight changes or cancellations are not allowed and fares are nonfundable.

The next fare classes up, “Blue” and “Blue Plus,” allow cancellations and changes, but with a fee.

JetBlue launched its first revenue flight between New York and Fort Lauderdale on Feb. 11, 2000, according to the release. The company has since served more than 470 million customers.