Multiple sources tell FOX 2 that the attorney, who we cannot name because he hasn't been charged, is a person of interest in an investigation that started back on June 1 when the 47-year-old shot and killed outside of his jewelry store on Greenfield in Oak Park.

OAK PARK, Mich. (FOX 2) - Explosive new details in the investigation into the murder of Dan Hutchinson, the owner of Hutch's Jewelry. According to FOX 2 sources, a Michigan attorney is likely the mastermind behind all of it. The alleged motive? FOX 2 has learned the attorney allegedly wrote himself into the Hutch's will and the jewelry store owner had no idea.

So far, three people have been charged with the murder-for-hire plot to kill Daniel "Hutch" Hutchinson, a well-known jeweler with a celebrity client list. But an attorney could be the next person charged.

Police: 'No words exchanged' by gunman before killing of Hutch's Jewelry owner in Oak Park

Multiple sources tell FOX 2 that the attorney, who we cannot name because he hasn't been charged, is a person of interest in an investigation that started back on June 1 when the 47-year-old shot and killed outside of his jewelry store on Greenfield in Oak Park.

At least ten bullet holes were visible in the window of the SUV that Hutch was driving. In the passenger seat was his wife, Marissa, who was miraculously unhurt in the shooting. 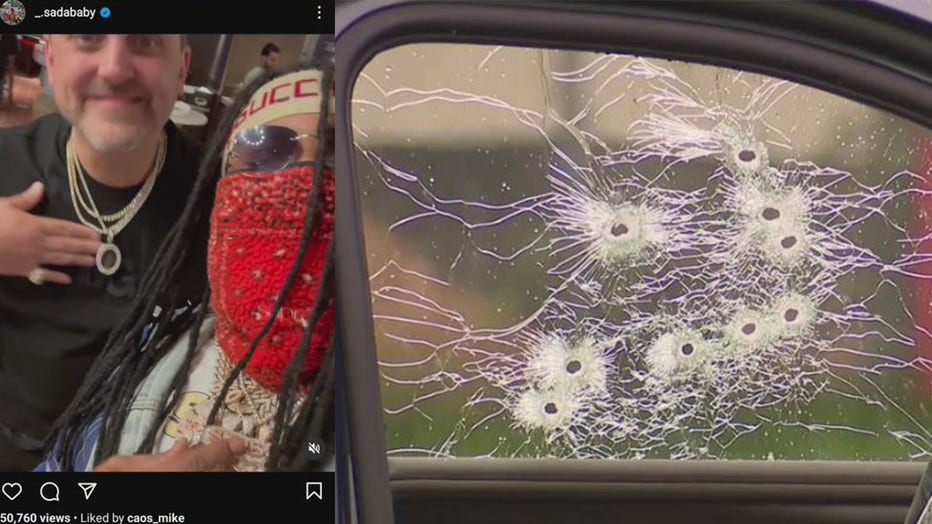 The shooter, police say, was 44-year-old Roy Donta Larry. Police said he pulled up on a bicycle to the GMC Yukon Denali with his wife at the time when a car pulled up in the lane next to Hutchinson and fired more than a dozen rounds into the SUV.

Oak Park police declined to elaborate further on the charges, but sources say that Raptoplous was above the other two men in the plot.

According to court documents, Raptoplous, was also hit with a solicitation charge associated with the plot to also kill Marissa Hutchinson.

A possible motive for Hutch's murder?

Several sources close to the investigation say the attorney mentioned above is connected to Raptoplous and had a lot to gain.

According to our sources, that attorney befriended Hutch and became a business associate who Hutch trusted enough to draft a will. Included in that will was the attorney, himself.

Hutch signed that will likely without knowing the attorney had inserted himself into it, FOX 2 has learned.

This attorney has a documented history which we found in a civil suit against him. In that suit, it's alleged that he swindled an elderly Detroit man into deeding over several properties in Detroit and in Washtenaw County.

Months later, after the quit claims deeds were approved, the elderly man died inside his southwest Detroit home. An autopsy reads it was of natural causes, but those close to him speculate about what actually caused it.

That civil suit was eventually settled.

FOX 2 has learned the attorney may not even be the end of the investigation. It's possible more could be charged in the coming weeks.

Oak Park police say the victim was approached by the suspect and shot multiple times during the killing. Police said the murder was a targeted killing.

Hutchinson was inside his SUV with his wife when a car had pulled up to the lane next to him and fired into the vehicle. While the victim's wife escaped uninjured, Hutchinson was struck and later succumbed to his injuries.

A vigil was held June 4 for the well-known metro Detroit jeweler, with friends and family turning out to pay tribute to Hutchinson.

"Great guy very charismatic. Had a great personality. Had a lot of knowledge about jewelry and the community. He was passionate about it."

Family and friends gathered to remember Dan Hutchinson; owner of Hutch's Jewelry who was shot and killed on Wednesday.

Family and friends say, 47-year-old Dan Hutchinson, the owner of Hutch Jewelers, made an impression on nearly everyone he got to know.

"Always personable when you meet him. I feel bad for his family because he was definitely that kind of guy. A family guy," said KeVon, a prior customer.