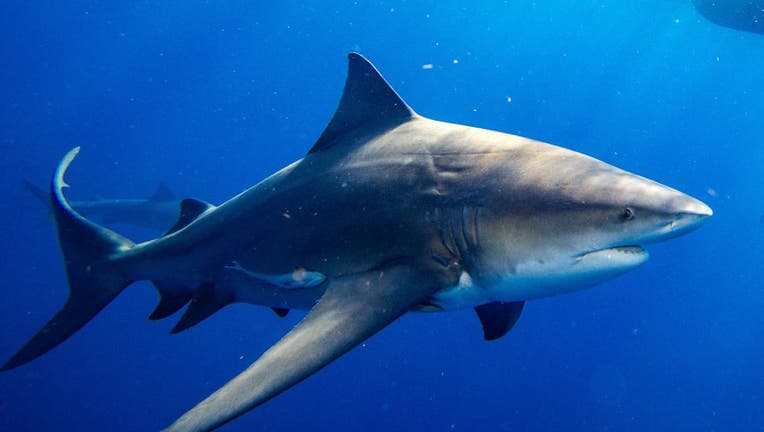 Bull sharks circle a bait box during a shark dive off the coast of Jupiter, Florida on February 12, 2022. (Photo by Joseph Prezioso / AFP) (Photo by JOSEPH PREZIOSO/AFP via Getty Images)

That's a lot of fins.

Texas officials uncovered a large stockpile of shark fins at a restaurant in Bexar County. The trade, sale, purchase or transportation of shark fins is illegal in the state of Texas.

The fins were discovered during an inspection of the restaurant on April 13, according to the Texas Game Wardens Facebook page. The restaurant, located in San Antonio, had 381 whole shark fins on hand.

An additional 29.2 pounds of frozen shark fins were also discovered.

Shark finning, the process of catching and removing a shark's fin, is considered to be one of the greatest threats to sharks, according to Oceana.org. Sharks are usually thrown back into the water without their fins, which usually results in the animal's death.

Shark fins are commonly used for shark fin soup, which is considered a delicacy in certain areas. Shark finning is illegal in US waters, but the buying and selling of fins is still legal in some states.