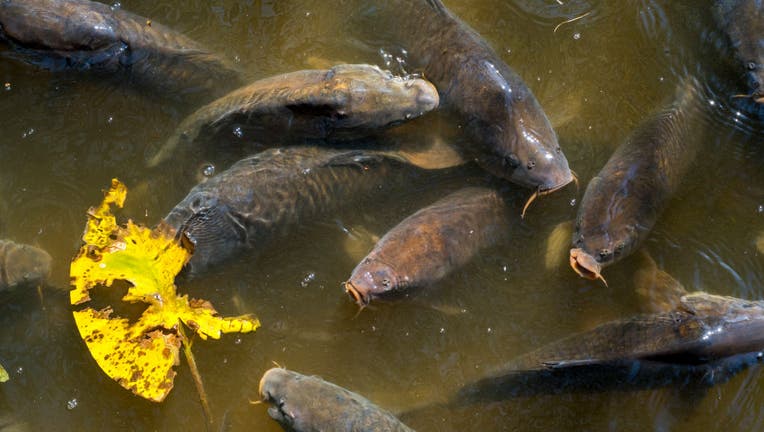 DETROIT (FOX 2) - The Michigan Department of Natural Resources says it has discovered what caused hundreds of carp to turn up dead at a lake in Lake Orion: herpes.

According to the DNR, it completed its investigation into the death of between 250 and 500 fish that were found dead in July in Lake Orion.

The DNR and the Aquatic Animal Health Laboratory at Michigan State University determined that the carp all died from koi herpesvirus (KHV - cyprinid herpesvirus 3) and there is no risk to the public.

"As the case with most herpesviruses, KHV is very specific on which fish species it will infect and only affects common carp, koi and goldfish," said Gary Whelan, Fisheries Division Research Program manager. "This is only the third detection of this non-native virus in Michigan waters, and it is known to kill large numbers of its host species at times. KHV does not affect any other fish species and has no implications for any other birds, mammals or humans."

The findings are in line with Whelan's belief in July regarding mortality events like this. He said at the time that a virus is typically to blame for the deaths of multiple fish all of the same species.

The only fish involved was the adult common carp and between 300 and 600 fish died.

The viruses and bacteria that affect fish typically are not human pathogens. This is due to the differences in body temperatures between fish and humans, the DNR said.

Native to Europe, common carp were introduced to Michigan in the late 1870s-1880s as a food fish and now are found throughout the state.

The DNR said it strongly recommends that all freshwater fish should be fully cooked to ensure they are safe to consume.