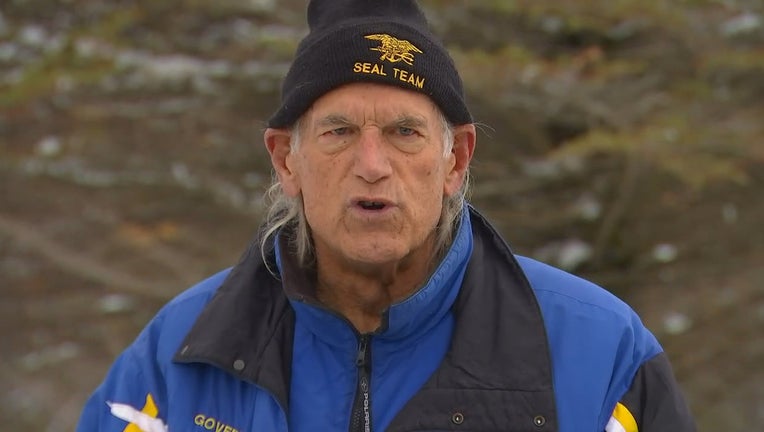 Former Minnesota Governor Jesse Ventura spoke out against non-mask wearers during a press event for a third-party presidential candidate.

"The country sacrificed in WWII. Do you think there would have been any argument over wearing a mask for the people of WWII? I’ll tell you if we behaved like we are right now, Hitler would have won," said Ventura. "He’d a won because this country won’t face any type of – they don't want to sacrifice."

Jesse Ventura slammed those who don't wear masks, saying had Americans not made a sacrifice during WWII that Adolf Hitler would have won the war.

Ventura made the comments during a press event Wednesday in White Bear Lake for third-party independent presidential candidate Brock Pierce, a businessman and former child actor from "First Kid" and "The Mighty Ducks." Ventura wore a mask at the event and only took it off during his turn to speak at the podium.

Early in the pandemic, health leaders did not recommend wearing masks but have since revised their guidance, saying wearing a cloth mask is a key part of transmission prevention. However, there has been pushback from some against wearing masks. Ventura said the response has made him lose faith in the country.

"What is wearing a mask? That is nothing to do, for it to be required to do that and yet we have half the country won’t put it on because they got egos," said Ventura. "We got a president that won’t wear one and even gets sick and he still won’t wear one. I’m just glad that this generation wasn’t around when my mom and dad fought in WWII because we would have lost had we had the same type of response that we’re having today to the simple things of sacrifice a little bit for the common good."

In the United States, there have been 8,249,011 confirmed COVID-19 cases and 220,362 deaths linked to the virus since January, according to the Centers of Disease Control and Prevention.