Hill Fire breaks out near 60 Freeway in Jurupa Valley

JURUPA VALLEY, Calif. - A fast-moving wildfire broke out near the 60 Freeway at Pedley Road on Wednesday morning prompting evacuations as the strongest winds of the season and very low humidity created extreme fire weather conditions across Southern California.

All evacuation orders and warnings were lifted as of 6:45 p.m., officials announced. An interactive evacuation map can be found here.

The Hill Fire, as it's being called, erupted just before 10 a.m. near the intersection of Granite Hill Drive and Pyrite Street, in Jurupa Valley. 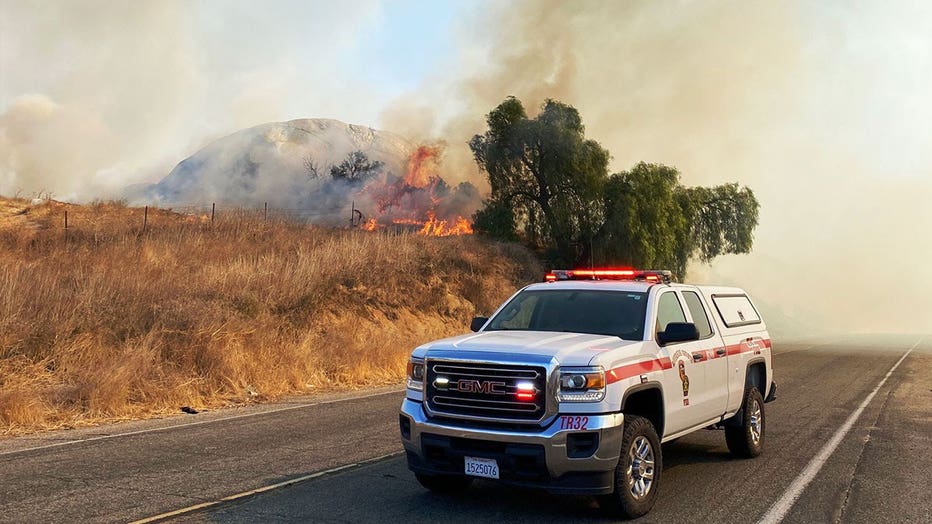 The fire has currently burned 628 acres and is 80% contained. It's burning in light flashy fuels with a rapid rate of spread, burning midslope with 20 mph winds, fire officials said.

One person was transported by ground to a local hospital with minor injuries, Cal Fire Riverside reported.

One mobile home and one residential structure were damaged.

To search for your address to see if you're under an evacuation warning, click here.

Fire crews worked to knock down the Hill Fire in Jurupa Valley.

Highway 60 was closed in both directions in the area around 11 a.m., according to the Riverside County Fire Department. It was unclear when it would reopen.

More than 126 firefighters responded to help combat the flames. 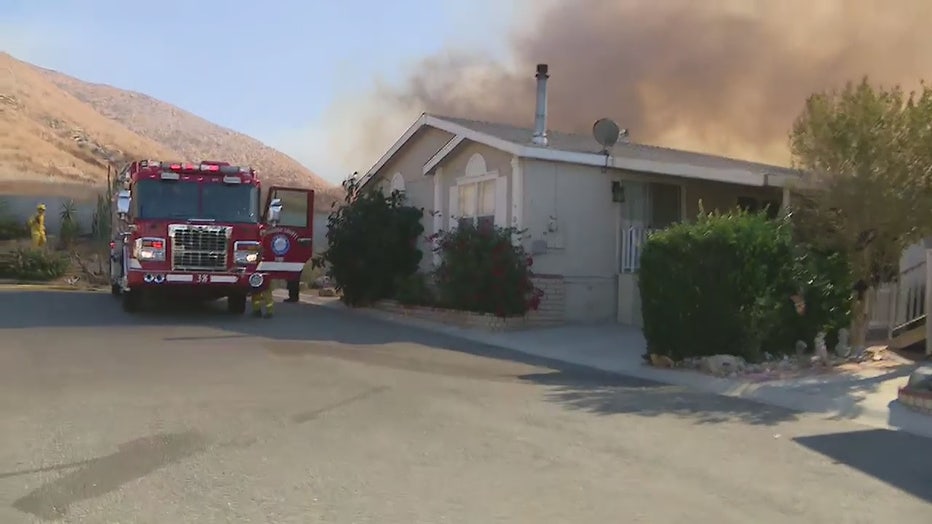