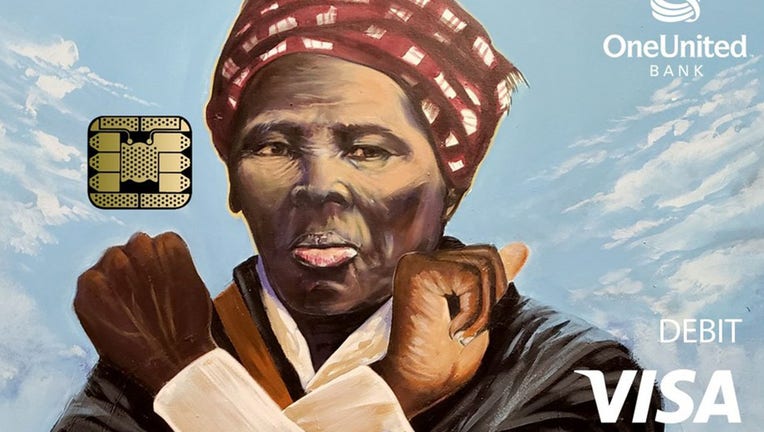 "We have the power to place Harriet Tubman on a global payment device in celebration of Black History Month," OneUnited Bank president and COO Teri Williams said in a press release Thursday. "This symbol of Black empowerment in 2020 will pave the way for the Harriet Tubman design on the $20 bill."

The limited edition Visa debit card was meant to honor Tubman’s profound impact on U.S. history, but many people online accused the bank of being “tone deaf” and “disrespectful” for trying to capitalize on her fight for freedom.

Another issue critics had with the debit card was its design, which features an image of Tubman wearing a head scarf with her arms crossed in an X. The illustration was taken from the painting "The Conqueror" by artist Addonis Parker.

Several people compared the gesture Tubman is making with her arms to the “Wakanda Forever” salute from the Marvel film “Black Panther.”

One person even announced plans to close their account with OneUnited over the new debit card.

FOX Television Stations has reached out to OneUnited bank for a statement regarding the public’s reaction to the new debit card.

The Harriet Tubman debit card will be available to OneUnited bank customers throughout the rest of 2020.