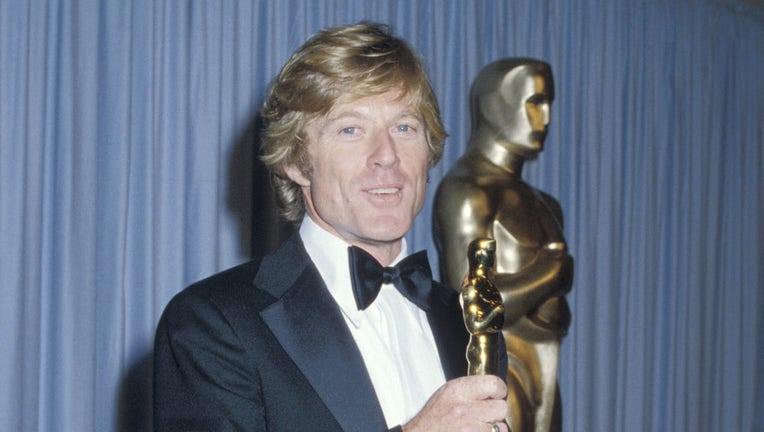 If Redford, a native of Santa Monica, California, had stuck solely to acting, he’d still have a legendary career. He began his career in the world of theater, making five appearances on Broadway by 1963. His fifth, Neil Simon’s comedy "Barefoot in the Park," would lead him to stardom on the screen as well as the stage.

Redford’s role in the 1967 film adaptation of the play catapulted an already-promising career onto a much higher plane. In the decade that followed, he went on to star in "Butch Cassidy and the Sundance Kid," "The Candidate," "The Way We Were," "The Sting," "Three Days of the Condor" and "All the President’s Men," just a few of the many films he’s anchored since "Barefoot" made a splash.

But Redford became a force to be reckoned with behind the camera as well, particularly as a director. He made his directorial debut with — and earned an Oscar for — the 1980 drama "Ordinary People," starring Donald Sutherland, Mary Tyler Moore, Judd Hirsch and Timothy Hutton.

Yet with all those incredible movies on his resumé, one could argue that Redford’s greatest accomplishment is one that has dramatically impacted the world of film and will continue to do so for years to come: the creation of the Sundance Institute and the Sundance Film Festival.

Since its foundation in 1981, the Sundance Institute and Film Festival have made an incalculable contribution to moviemaking, helping remarkable independent filmmakers to find their audience and premiering many movies now considered contemporary classics, such as "Little Miss Sunshine," which made a splash when it debuted at the festival in 2006.

With a career like that, there’s nearly always more to discover. Put down the Wonderboy bat and experience some of the lesser-known titles from Redford’s career, all streaming for free on Tubi.

The Natural: The Best There Ever Was (2015): For some insight into Redford as an artist, check out this 90-minute documentary about the making of this beloved baseball film, which also features appearances from Kim Basinger, Michael Madsen, Wilford Brimley and others.

Naked City, "Tombstone for a Derelict" (1961): This episode of the Emmy-winning police procedural features a young, pre-fame Redford. Other episodes include appearances from Christopher Walken, James Caan and future "All the President’s Men" co-star Dustin Hoffman, among others.

A Walk in the Woods (2015): Based on Bill Bryson’s 1998 autobiographical book of the same name, this lighthearted movie sees Bill (Redford) and friend Stephen (Nick Nolte) set out to hike the entirety of the Appalachian Trail. Emma Thompson, Kristen Schaal, Nick Offerman and Mary Steenburgen also star.

Bidder 70 (2013): In addition to his screen stardom, Redford has also become a notable philanthropist and activist — hence his appearance in this documentary about the origins of the climate justice movement.

The American West (1968): "Robert Redford’s documentary series about the growth of the West in the U.S. from 1865 to 1890, including the true stories behind historic legends," a must-see for movie lovers, history nerds and anyone who’s ever dreamed of wearing spurs.