The scraping of a painter's tool on canvas is the sound of an artist at work. That painter, who gained fame for having a bass guitar in hand, is Gene Simmons of the rock band KISS.

The scraping of a painter's tool on canvas is the sound of an artist at work. That painter, who gained fame for having a bass guitar in hand, is Gene Simmons of the rock band KISS.

I met up with Simmons at the band's North Hollywood rehearsal studio this summer.

FOX 11's Christine Devine chatted with KISS' Gene Simmons about his newfound passion of art and the band's tour.

Simmons tells me he took up painting during the coronavirus pandemic "safer-at-home" times. His works got noticed and now he has an upcoming gallery showing in Las Vegas.

The Vegas shows are in mid-October at the Animazing Gallery at the Grand Canal Shoppes at the Venetian. Simmons thought painting would just be a private passion. He doodled as a child and thought people were just being nice to him when they said "oh, that's really good."

He scrolled through his cell phone showing me his many works and notes he's an untrained artist. 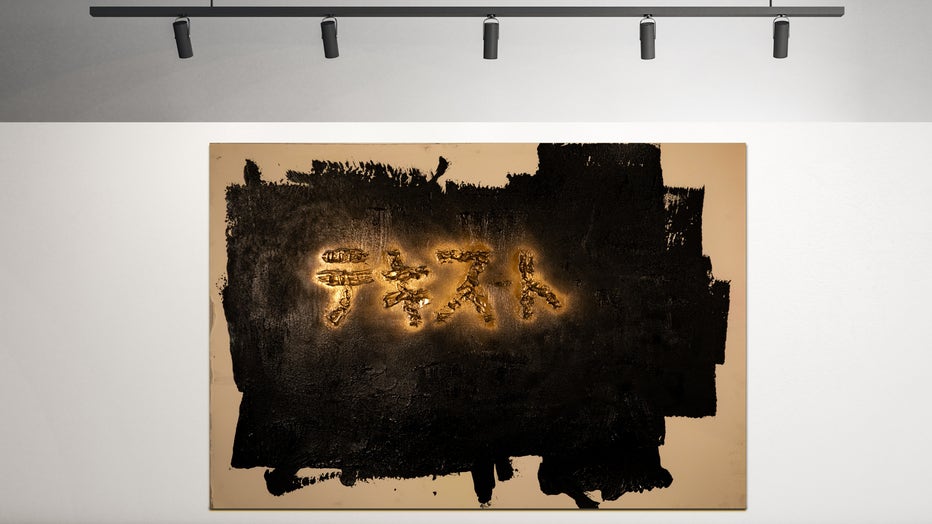 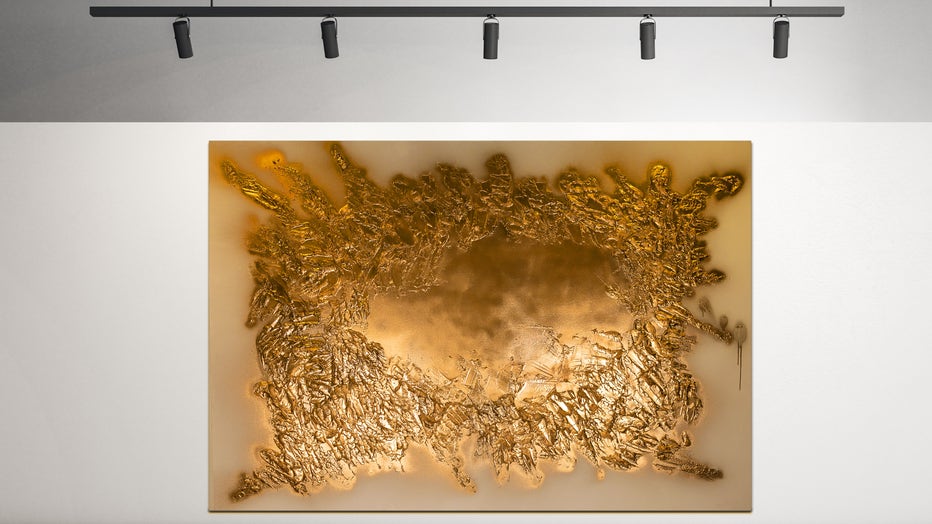 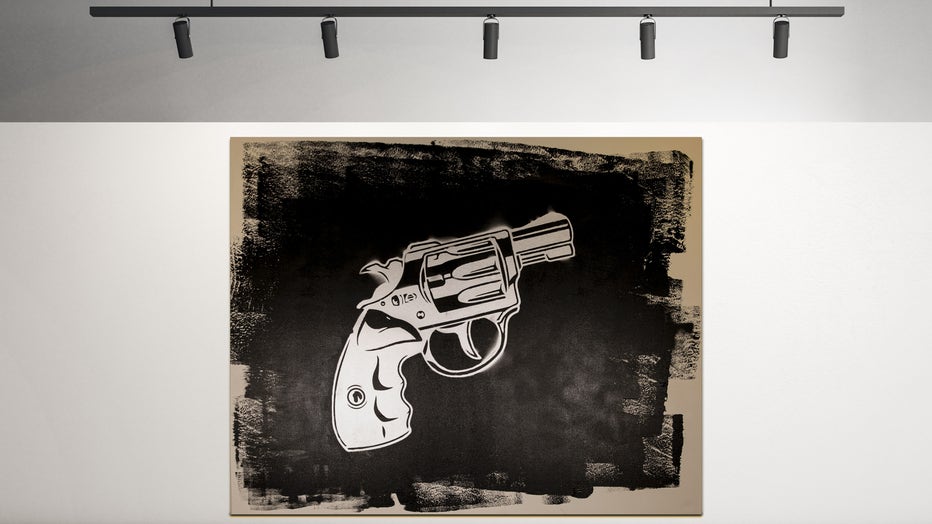 The art gallery showing will happen in the middle of the KISS "End Of The Road Tour." The tour relaunches Thursday night in Irvine. Irvine is the band's only Southern California show in their final tour. 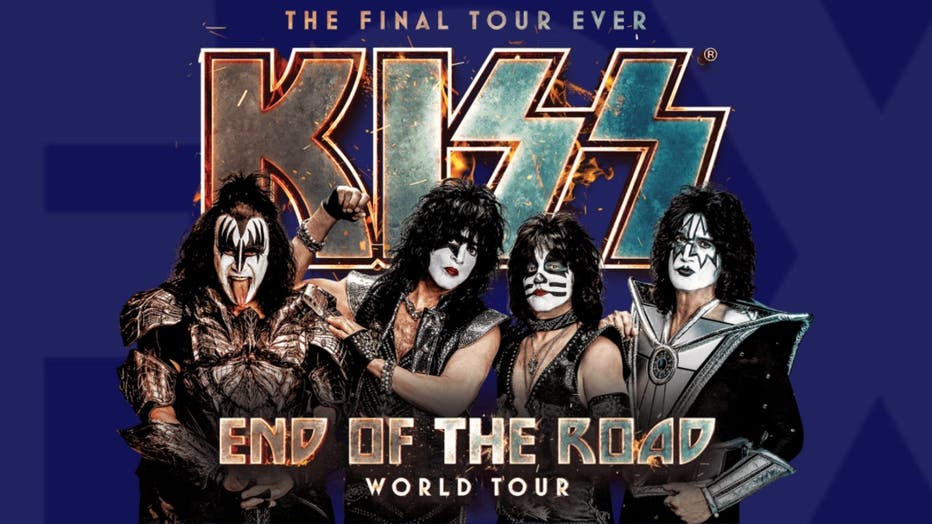 The last KISS tour launched in 2019 but was shut down in 2020 with the coronavirus crisis. As concert venues opened up in recent months the tour was set to pick back up this summer when two vaccinated band members, Simmons and Paul Stanley, had breakthrough COVID-19 cases.

Concert dates were again canceled and the band and crew were quarantined at home.

KISS is one of America's greatest rock bands. Simmons tells me, at 72 years old, he's ready to retire from touring. You try performing for two hours in platform boots, a heavy costume weighing up to 40 pounds, and a pound of make-up. He says it's like the Olympics.

The Gene Simmons ArtWorks™ debut at Animazing Gallery will feature a private VIP event for art collectors and celebrities on October 21, followed by two days of public showings with personal appearances by Simmons from 3 p.m. to 5 p.m. and 7 p.m. and 9 p.m. on October 22 and 23.