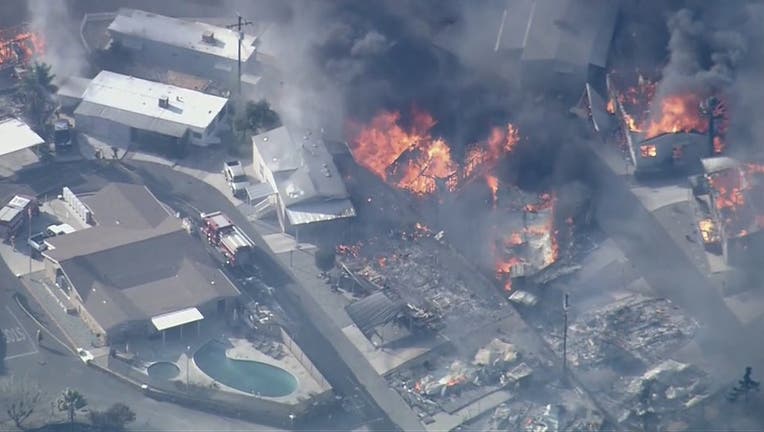 RIVERSIDE, Calif. - A garbage truck driver, charged with involuntary manslaughter in the death of two Calimesa residents, is set to be arraigned next week.

39-year-old Antonio Ornelas-Velazquez is responsible for sparking a wildfire that spread through a mobile home park in Calimesa, killing two people.

He is facing two counts of involuntary manslaughter and one count of burning an inhabited structure; he is set to be arraigned on Tuesday, August 31.

The Sandalwood Fire, which broke out October 2019, burned over 1,011 acres. Over 500 homes were evacuated and 90 structures were damaged or destroyed.

Investigators say Ornelas-Velazquez was driving a trash truck for a waste and recycling company in the area of 7th Street, just north of Sandalwood Drive, when he noticed smoke coming from his truck.

Ornelas-Velazquez pulled onto a dirt shoulder near an area of open brush to examine the truck.

According to CAL FIRE investigators, two passing motorists stopped to warn him about not dumping the compacted load due to fire danger. However, Ornelas-Velazquez continued on and a fire quickly sparked.

Due to dry, hot and windy conditions, the fire spread into the nearby mobile home park.

In November 2019, a lawsuit was filed against the waste company, alleging CR&R Inc. placed business interests ahead of public safety.