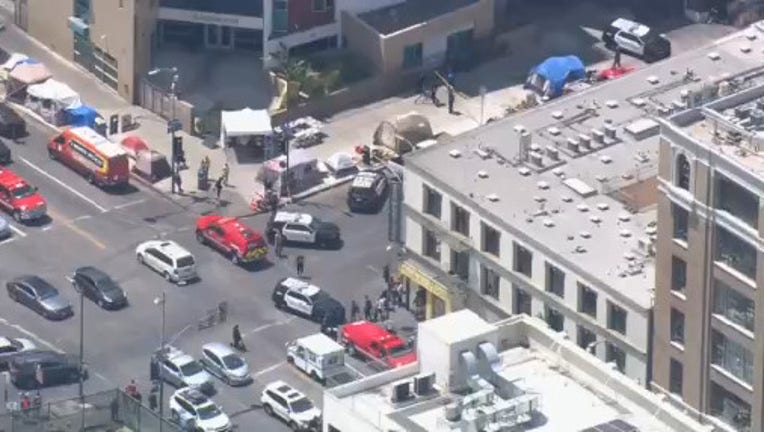 LOS ANGELES (FOX 11) -
Police are searching for the woman who opened fire near a park in Skid Row injuring four people.

Officers responded to the area of 5th and San Julian St. around 12:15 p.m. after reports of multiple shooting victims.

According to the Los Angeles Police Department the suspected shooter is a female who was a passenger in a white SUV.

Four people were shot, including a security guard. A man who asked not to be identified believes the security guard was trying to keep the suspect from shooting a woman she had been arguing with.

All four victims suffered non-life threatening gunshot wounds to their arms or legs.

The Los Angeles Police Department is now searching for a white SUV that was seen leaving the shooting scene with a female and male inside.