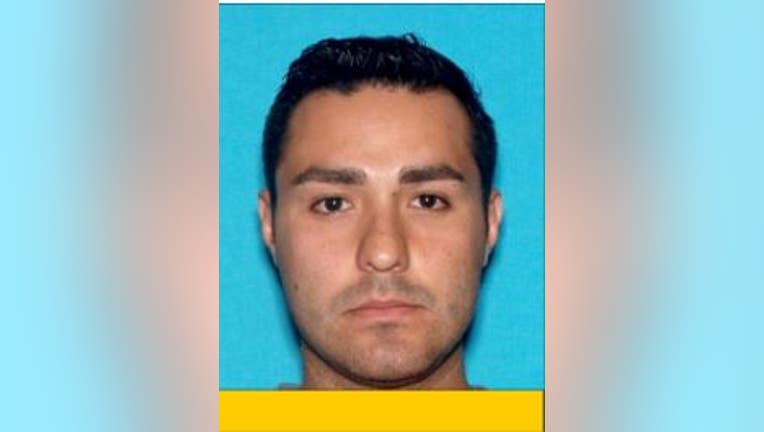 POMONA, Calif. - A former rookie Los Angeles police officer who fatally shot a man while off-duty outside a Pomona bar has been convicted of second-degree murder.

Jurors deliberated for about 2 1/2 days before convicting Henry Solis for the March 13, 2015, killing of Salome Rodriguez Jr., 23. Solis, now 32, was arrested by Mexican authorities in the border city of Juarez and deported to the United States about 2 1/2 months after Rodriguez's killing.

Solis, who was a probationary officer at the time of the shooting, is facing a potential life sentence when he returns to court March 11.

During closing arguments of the trial, Deputy District Attorney Deann Rivard told the jury that Solis "wasn't acting like a cop'' at the time of the shooting.

The prosecutor called into question Solis' claim that he was trying to arrest Rodriguez after being robbed and sexually assaulted by two men inside the restroom of a Pomona bar. She noted that video surveillance cameras along the street captured much of the interaction between Solis and Rodriguez, but not the shooting itself, and urged jurors to ask themselves if Solis' actions looked like what a police officer would do.

"Nobody in this courtroom ... wants to believe that a police officer sworn to uphold the laws ... would kill somebody for a stupid reason, for some reason, a slight, whatever it is,'' Rivard told the panel, adding that it was the only reasonable conclusion about what had happened.

In urging jurors to convict Solis of first-degree murder, Rivard said Solis "tried to get away with it'' and only returned to the United States in
handcuffs.

Another prosecutor, Martha Carrillo, told jurors Thursday that she suspected "somebody disrespected'' Solis and he "zeroed in on the wrong guy'' while trying to exact revenge. She said he subsequently told a roommate --using an expletive -- that he had messed up and "killed somebody,'' and later conceded that it was him because "the evidence caught up to him.''

In his closing argument, Solis' attorney, Bradley Brunon, told jurors that he was convinced that his client wouldn't have been prosecuted if he had stayed at the scene of the shooting.

He said the rookie officer "panicked'' and "ran away'' in what was the "biggest mistake he's ever made in his life,'' but said it didn't prove
that he should be found guilty.

The defense lawyer told jurors that his client had been the victim of a crime, and had "ample opportunity'' to see Rodriguez during the alleged attack in the bar restroom.

Brunon described his client as a former Marine who underwent "extensive background vetting'' for his assignment as a U.S. embassy guard, "lived his entire life ... obeying the law, following the rules'' and was "not some ticking time bomb.''

Solis, who worked at the LAPD's Devonshire Division in the San Fernando Valley, was fired soon after becoming the subject of an extensive weeks-long manhunt that ended with his arrest in Mexico. The ex-Marine had been on the force for about four months at the time of the shooting.

His father drove him out of state after the shooting and later told federal authorities that he had dropped his son off at a Texas bus stop, but the pair were caught on surveillance video walking across the U.S.-Mexico border.

Solis had been staying with relatives in the Juarez area prior to his arrest, FBI officials said.

His father, Victor, was convicted by a federal jury in El Paso of lying to the FBI about helping his son's escape. He was sentenced to three
years probation and fined $1,000.