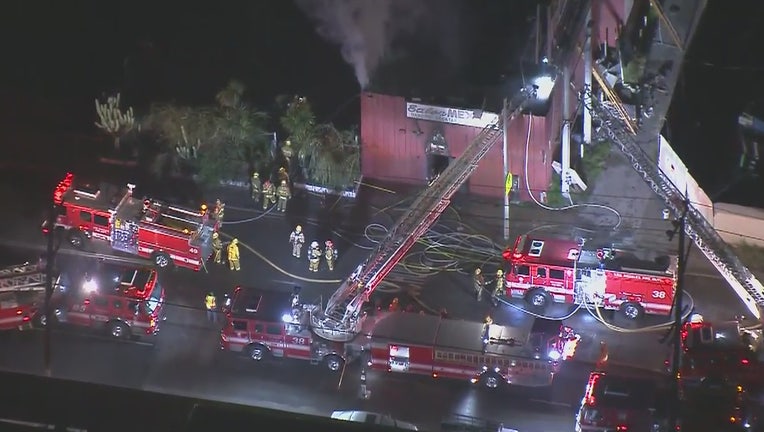 LOS ANGELES - A firefighter was left injured after battling a blaze at a commercial building in Wilmington, fire officials said.

Firefighters worked to knock down a fire at a commercial building in Wilmington.

Firefighters were called to the building located on the 1100 block of East Anaheim Street just before 4:30 a.m., the Los Angeles Fire Department said.

The roof of the 25-foot-by-75-foot building partially collapsed and fire officials say the blaze was quickly knocked down within 18 minutes.

A firefighter was taken to a hospital for treatment of an injury described as not life-threatening, the LAFD reported.