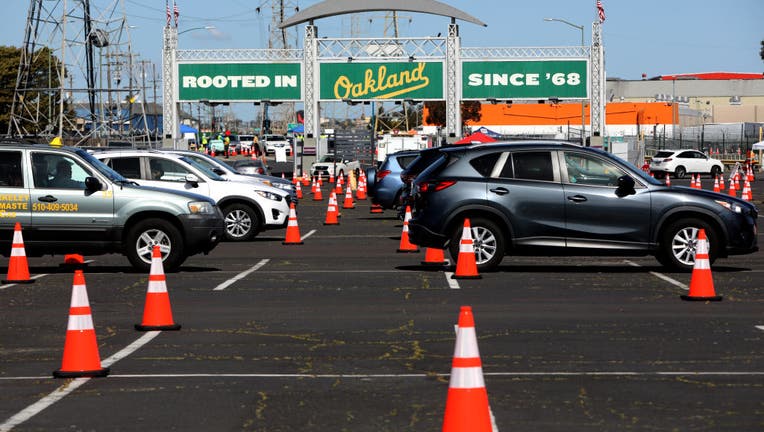 The two sites had been opened and operated by the Federal Emergency Management Agency and California Office of Emergency Services. FEMA recently declared the sites were a success and said they would be shut down April 11.

The ability to administer COVID vaccinations to people of color exceeded expectations, Feinstein and Padilla said in a letter to FEMA Administrator Bob Fenton. The Oakland and LA locations "regularly" vaccinated 7,500 people per day, compared to a projection of 6,000 daily shots, they wrote.

SEE ALSO: Vaccines for all in California sounds too good to be true, some health officers say

"These sites are succeeding in reducing racial disparities in distribution and in reaching residents who might not otherwise have access to a vaccine," the senators, both Democrats, wrote.

State notifies 6,300 people who got vaccinated at Coliseum about less-than-recommended doses

The California Department of Health on Monday told KTVU that they are notifying about 6,300 people who got vaccinated at the Oakland Coliseum over a span of two days that they received a less-than-recommended dose of the Pfizer vaccine.

The Oakland Coliseum site, however, had setbacks. Thousands of recipients were injected with smaller than intended doses of the vaccine. Officials aid the doses were still big enough to be effective. But authorities caused confusion by sending letters about the mistake to people who had not been vaccinated at the Coliseum.

Gov. Newsom recently announced that COVID-19 vaccines would be made available to anyone aged 16 or older beginning on April 15. President Biden has likewise called for expanded eligibility requirements across the country.

FEMA should provide financial and logistical support to Gov. Newsom’s administration and officials in Alameda and Los Angeles counties to keep the sites open, Feinstein and Padilla said. The federal government should also continue delivering doses of COVID-19 vaccines directly to the two locations, they wrote.

"We believe this is precisely the time when mass vaccination sites, like the ones in Oakland and Los Angeles, are needed," Feinstein and Padilla write. "It would be counterproductive to close them before the vast majority of the population is vaccinated."