On each episode, guests will travel to Fantasy Island, a luxury resort where literally any fantasy of guests is fulfilled, although they rarely turn out as expected.

LOS ANGELES - Pack your bags: This August, FOX takes viewers to "Fantasy Island" — a luxury resort where literally any fantasy requested by guests is fulfilled, although they rarely turn out as expected.

WATCH: Get caught up on the original "Fantasy Island"

Christine, played by actress Bellamy Young, is a stressed-out morning news anchor who is forced to take a vacation to the island after several meltdowns at work. 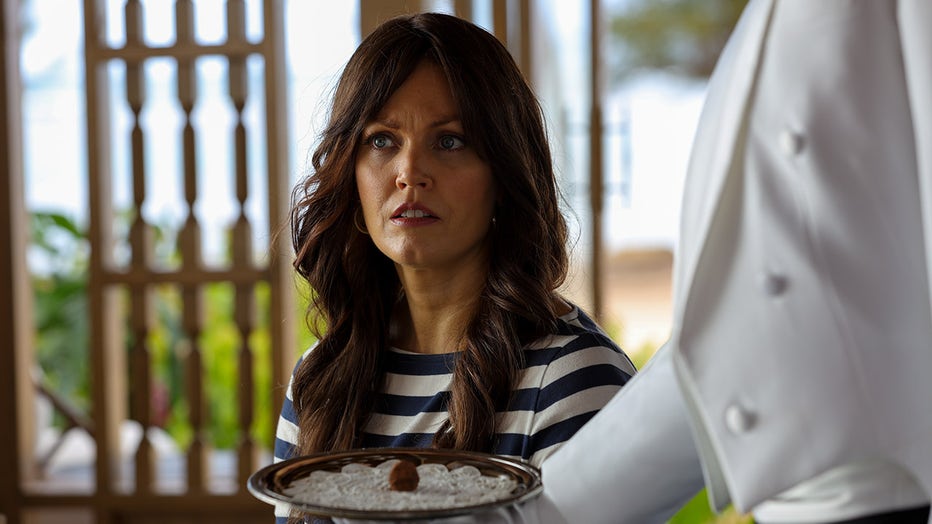 On each episode, guests will travel to "Fantasy Island" — a luxury resort where literally any fantasy of guests is fulfilled, although they rarely turn out as expected. (FOX Entertainment)

"They send her off to Fantasy Island, where her fantasy is to be able to eat anything she wants, everything she wants and not gain an ounce," Young said in a sneak peek about the series. "Instead, she has to face her biggest demon and overcome her deepest fears and heal."

RELATED: The week in TV: The Bachelorette, the NFL, and ‘Cooking with Paris’

Each episode will dive into the emotional, provocative stories about Christine and other guests who arrive with dreams and desires.

"Christine learns about the island that anything is possible here, and I don’t think she could have ever imagined that kind of magic was possible," Young continued.

The series is a reboot of two other Fantasy Island series. The original series was created by Gene Levitt and aired from 1977 to 1984.

Serving as steward of this mysterious island is Elena Roarke, played by Roselyn Sanchez. Elena set aside her own ambitions, and even the love of her life, to uphold her family’s legacy.

While Elena is sophisticated, insightful and always charming, her calm exterior masks the challenges of the responsibilities she has assumed on the mysterious island.

The modern drama series will delve into the "what if" questions — both big and small — that keep these characters up at night and will shine a light on the transformation they experience through the magical realism of "Fantasy Island."

You can watch the all-new version of the classic show Tuesday evenings at 9 ET/10 PT on FOX. "Fantasy Island" premieres August 10.

About the writer: Stephanie Weaver is a Los Angeles-based journalist. She is a host of the national streaming show, LiveNOW from FOX, and is a digital content creator for FOX TV. Find her on Facebook and Instagram at @StephWeaverTV.