Under a stay-at-home order due to COVID-19, the family spent 90 minutes setting up the toy train and testing to see if it could actually balance food.

PORT MACQUARIE, Australia - Dealing with a lockdown due to the novel coronavirus pandemic, a family in Australia put their free time to good use by creating a sushi train on their dining room table.

Jack Begbie, whose family lives in Port Macquarie, located in New South Wales, Australia, told Storyful that the family spent 90 minutes setting up the toy train and testing to see if it could actually balance food.

Begbie posted video of the creative endeavor on April 17, which shows his parents and siblings enjoying the clever hack together. The train can be seen running on a circled track around the table while carrying plates of sushi and other Japanese food.

“Our family loved the whole thing,” Begbie told Storyful. “It was great to support a small business in Port Macquarie that’s pivoted quickly to offer their delightful sushi via takeaway.” 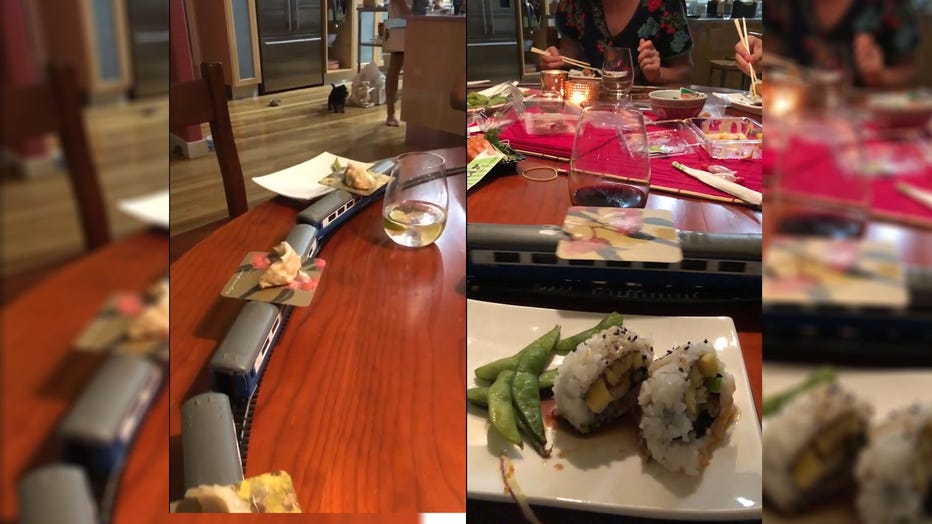 New South Wales, Australia’s most populous state, reported six new COVID-19 cases on April 19, according to government data. Nearly 3,000 confirmed cases have been reported in the state, along with 30 deaths.

There have been more than 6,500 confirmed cases throughout Australia since the outbreak began, Johns Hopkins’ data shows.