It was September 30th and a 79-year-old Sterling Heights resident - named David - was having a bad day. He was also pulled over on Mound Road for speeding.

STERLING HEIGHTS, Mich. (FOX 2) - When Sterling Heights Police pulled over a Buick on Mound Road for speeding, it wasn't a typical traffic stop. They found a man in distress and in need of assistance - and it had nothing to do with his car.

The traffic stop happened near 18 1/2 mile on Thursday, Sept. 30 around 7:30 p.m. Officer Kevin Coates pulled over the man for speeding and immediately knew something was wrong.

The 79-year-old man, identified only as David by Sterling Heights Police, was crying and visibly upset. He told Officer Coates that "everything is going wrong" and explained he needed help.

David said he's a long-time Sterling Heights resident and his wife is sick and they have an adult son with special needs.

The problem on this day was that he had just bought a new TV for his family - but was rushing all over town trying to find the right cables to hook it up.

"I really try to drive right," David said. "I bought a new television today because I wanted to make my wife happy, you know, and I can't get it hooked up."

The man explained that he went to different stores to figure out how to connect it.

A man who was stopped for speeding wasn't issued a ticket. Instead, he was given a bit of help with what he really needed - a TV connection.

Officer Coates immediately started asking what the issue was but David had no idea why it wouldn't work. David said his old TV was a tube television but he didn't know what to do.

The officer asked if he tried plugging the cable into the back of the TV and then said he and his partner could stop by and help him get it connected.

The two men then swapped phone numbers and Officer Coates said that he had a police call he had to go on but an hour later, he promised to be at his house to get him connected.

An hour later, Officer Coates arrived at his home along with Officer Remi Verougstraete and his new recruit, Officer Jeremy Jakushevich. Together, the three officers hooked up his TV for him and explained to him how to view what's on TV and how to navigate to different channels.

David said he's not good with technology and, if not for the officers' assistance, he never would have gotten it hooked up.

"I'm very proud of Officer Coates, Officer Verougstraete, and new recruit Officer Jakushevich for going above and beyond to help our residents," Dwojakowski said. "This is just another example of the amazing service that the Sterling Heights Police Department provides our community".

David was given a verbal warning for speeding. 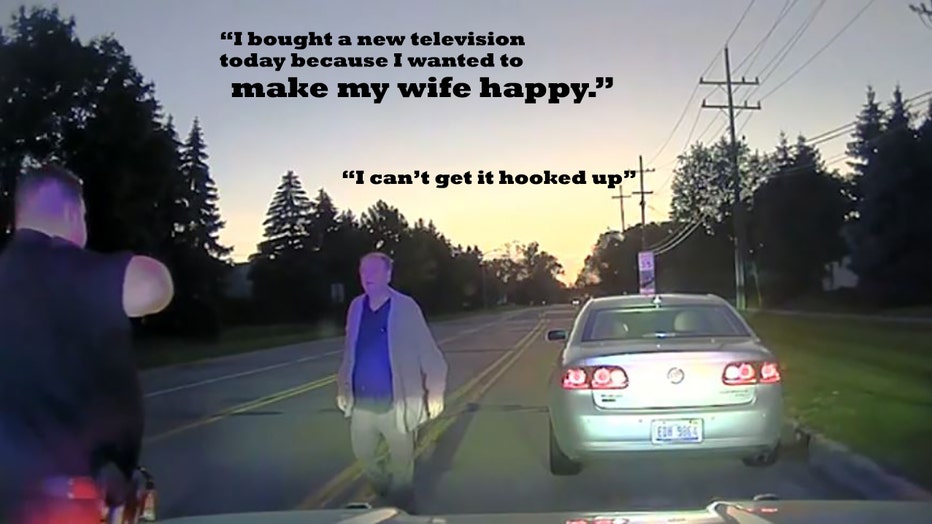