Castro Valley shared fun video of the department getting into the Christmas spirit with elf on the shelf Chippie hitching a ride on a motorcycle. Video: CHP Castro Valley

CASTRO VALLEY, Calif. - Police officers in Castro Valley shared a video of an interesting ride-along involving a daredevil elf who loves this time of year.

The California Highway Patrol's Castro Valley division on December 7 showed Elf on the Shelf Chippie hanging onto the antenna of one of its officer's motorcycles. They later had a photoshoot.

According to the post, Chippie was helping enforce the speed limit on I-580 and asking people to slow down to dodge the naughty list.

The elf even got his hands on a speed gun. 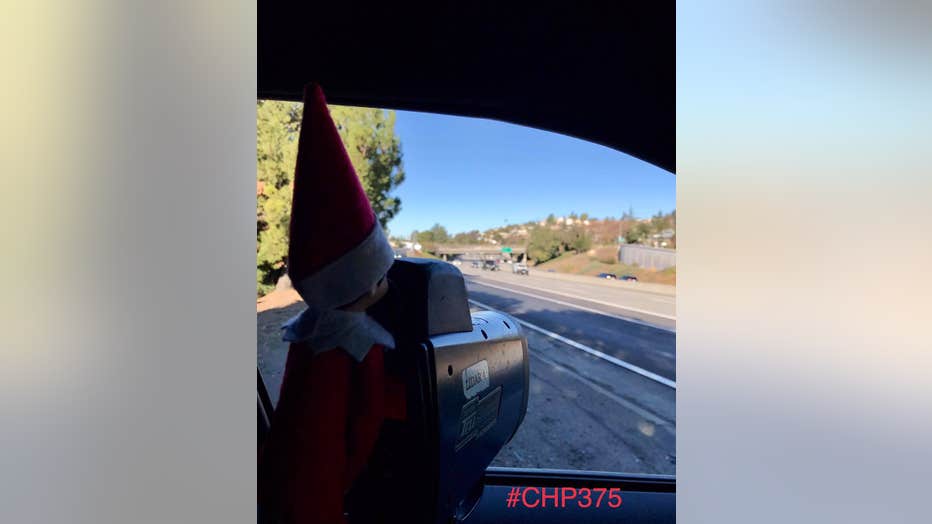