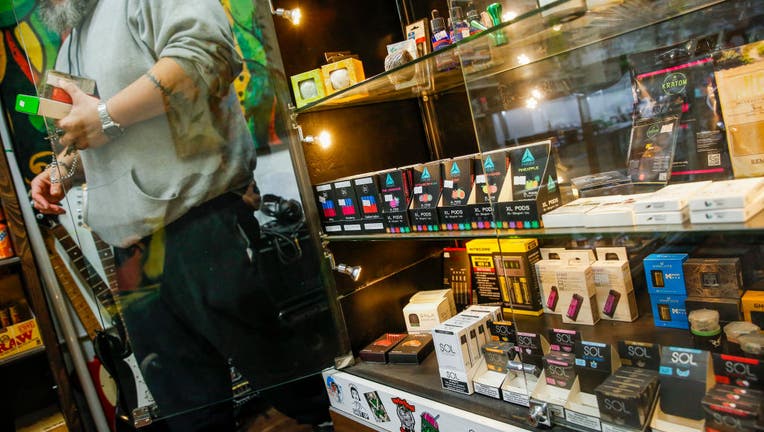 LOS ANGELES - California state officials have agreed to delay the effective date of what state lawmakers intended as a Jan. 1 ban on flavored tobacco products, after opponents led by tobacco companies said they filed enough signatures to put the new law to a statewide vote.

The secretary of state and attorney general’s offices won’t enforce the pending law until county clerks have enough time to verify that there are at least 623,000 valid signatures.

Inyo County’s top elections official, Kammi Foote, this week said she was referring the petition there to the county district attorney because her office found a high level of signatures that do not match county records.

Supporters of the law said that should throw the whole signature drive into question. The main group opposing the law, the California Coalition for Fairness, said in a statement that it takes the allegations seriously but turned in more than 1 million signatures, far more than enough to qualify for the ballot.

What supporters called one of the nation’s strongest such laws would not make it a crime for people to possess flavored tobacco products, but bans retailers from selling them. Violators would face a $250 fine.

If enough signatures are valid, the measure will go before voters in the next statewide general election or special statewide election, likely in November 2022. If not, the law will take effect when the secretary of state certifies that the signature drive fell short.

The California Coalition for Fairness said it expects the referendum to be through the verification process by the end of January.

The group backed by R.J Reynolds Tobacco Company and Philip Morris USA said the ban would harm thousands of retail businesses during what already is a bad economic period due to the coronavirus pandemic.

"More than 1 million California voters signed the petition to place the measure on the ballot, and this stipulation honors their rights," the group said in a statement.

Jim Knox of the American Cancer Society Cancer Action Network said it makes sense not to have retailers banned from flavored tobacco sales starting Jan. 1 only to have the products at least temporarily legal again if the referendum qualifies.

"Nonetheless, it’s a victory for the tobacco industry," he said. "They have thrown the implementation of this important health measure into chaos. They’re attempting to subvert the will of the Legislature and at the very least prolong the time the tobacco industry has to inflect addiction and death on our young people and communities of color."

Secretary of State Alex Padilla notified county officials that they should start verifying the signatures on Dec. 7. In a court filing two days later, he and Attorney General Xavier Becerra agreed to delay the law’s effective date.

The pending law does not ban all flavored tobacco products. The bill would exempt loose leaf tobacco, premium cigars and shisha tobacco used in hookah, a type of water pipe. Premium cigars are defined as any that are not mass produced by a machine, have wrappers made entirely from whole tobacco leaf and cost at least $12.

It also does not ban the sale of flavored marijuana products.

But proponents including doctors and groups fighting cancer, lung, heart and dental disease applauded the measure’s ban on flavors including minty menthol as part of an effort to discourage marketing they said appealed to youth and particularly those in low-income and Black and Latino communities.