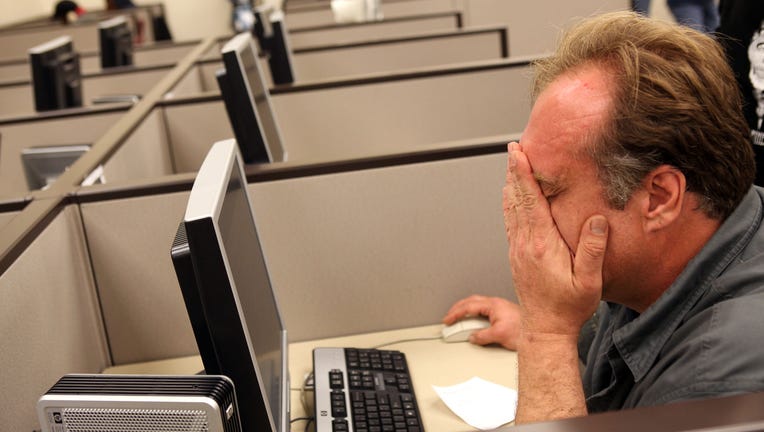 SACRAMENTO, Calif. - California's state auditor wrote Gov. Gavin Newsom on Tuesday saying that the Employment Development Department was late in processing nearly half the claims it was supposed to because its system was manual, not automated.

Auditor Elaine Howle told the governor that as a result, more than 800,000 people waited longer than 21 days—EDD's measure of how quickly it should process a claim—to receive their first benefit payments. She was referring to the seven months of time between March to September of last year.

Howle noted that EDD has begun to modify its practices and processes to increase the rate at which it automatically processes online claims, but the technology it has gained during the pandemic "is not fully sustainable."

At the beginning of the claim surge, EDD's call center answered less than 1% of the calls it received, she said.

And while the agency quadrupled its available call center staff to more than 5,600 people in response to its call center problems, Howle said that these employees were often unable to assist callers and only marginally improved the percentage of calls it answered.

"Despite knowing for years that it had problems with call center performance, EDD has not yet adopted best practices for managing the call center, leaving it ill-prepared to assist Californians effectively," Howle wrote the governor.

What's more, Howle noted, is that EDD responded to the claim surge by suspending its determinations of eligibility for most people, "thereby compromising the integrity" of the unemployment program.

In a separate but related issue, California Labor Secretary Julie Su told reporters in a conference call Monday that of the $114 billion the state has paid in unemployment claims, about 10% — or $11.4 billion — have been confirmed as fraudulent.

Nearly $20 billion more — another 17% — is considered suspicious, and a large part of that could be found to be fraud, she said.

Ariel Sides of San Diego, who moved to Oregon during the pandemic, had her account frozen for five months due identity verification.

"I still have a car payment to make every month," she told KTVU in a previous interview. "I still have two children that I need to feed."

"I filed back in March and something happened--I never received anything," Desimone said. "So a couple of months in, I started calling them and it took forever to get a hold of them...nobody's there to help, technical support's just a joke."

In a statement, EDD director Rita Sanez said that her agency appreciates the review and the challenges her office has faced.

"We recognize the work that lies ahead and are committed to implementing all of the auditor’s recommendations," she wrote.

Earlier this month, Saenz responded to the auditor's earlier criticisms, saying her agency has launched strike teams to figure out why many of these problems are happening and vowed that her employees will eliminate a backlog of 1.6 million claims by Wednesday.

And Saenz also said that the state's new identity theft software, ID.me, stopped more than 357,000 fraudulent attempts, about 30%, to file a claim from October to December.

Saenz said that much of the EDD's problems rest on money, or lack of it.

"The government needs to make investments in good times in infrastructure, technology, funding, and staff training and prioritize ensuring access to the most vulnerable, including the limited-English speaking and other populations facing accessibility barriers," Saenz said.

Saenz also said it was extremely challenging to deal with getting unemployment checks into the hands of deserving people in light of "aggressive attacks by national and international criminals" and little to no coordination from the Trump Administration.

Without this federal help, she said "states were left to deal with this extraordinary influx of fraud on their own while also endeavoring to distribute benefits to people in desperate need."

Howle said that no one expected the EDD process to be perfect.

However, she told the governor that "although it would be unreasonable to have expected a flawless response to such an historic event, EDD's inefficient processes and lack of advanced planning led to significant delays in its payment of UI claims."