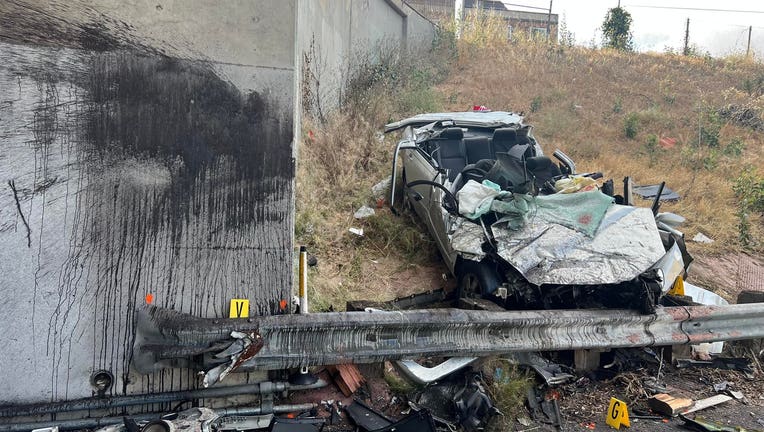 INGLEWOOD, Calif. - A motorist suffered major injuries Sunday when his vehicle slammed into the right shoulder wall of the San Diego (405) Freeway in Inglewood, authorities said.

The crash on the northbound freeway, at the Manchester Boulevard off-ramp, occurred at about 6:15 a.m., the California Highway Patrol reported.

Paramedics dispatched to the scene at 6:39 a.m. rushed one person to a hospital, according to a Los Angeles County Fire Department dispatcher. Firefighters were dispatched to the location at 6:38 a.m. to a report that the motorist was trapped inside the vehicle.

A SigAlert issued at 6:41 a.m. forcing the closure of the connector road to the northbound 405 Freeway south of Manchester Boulevard was canceled at 9:20 a.m.