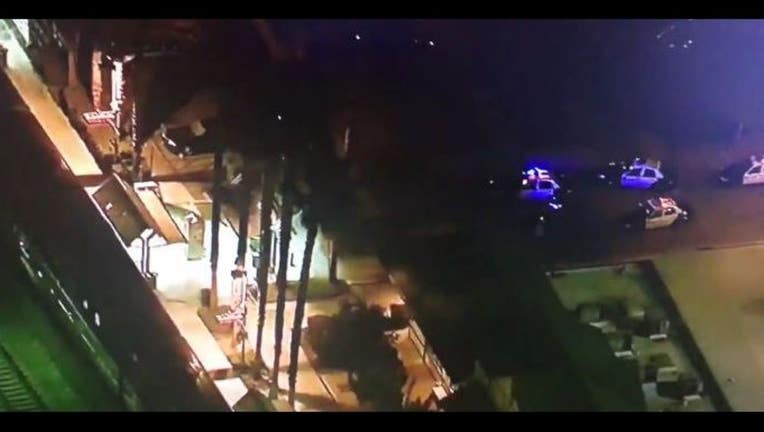 (FOX 11/CNS) - An Amtrak train with nearly 200 people on board was evacuated and all Metrolink service through the Chatsworth Station was halted tonight after authorities received a report that a man with a gun was seen aboard the Pacific Surfliner.

The Metrolink Operations Traffic Center, which controls rail traffic through Chatsworth, received a call at 6:19 p.m. from a passenger on the Pacific Surfliner that a gunman was seen aboard the Amtrak train, according to Ramon Montenegro of the sheriff's Transit Policing Division.

Deputies at the Chatsworth Transportation Center at 10040 Old Depot Plaza Road "secured the train and began evacuating the passengers." Montenegro said. "Then we notified our Special Enforcement Bureau and Amtrak
police who are both rolling to the scene."

However, Montenegro said one man remained on the train, citing information from deputies on the scene.

Montenegro said deputies on the scene are interviewing passengers to find out what they saw. All Metrolink traffic through the area has been stopped, he said.

Deputies have not begun to search the train, Montenegro said about 9 p.m.

"They are waiting for the Special Enforcement Bureau personnel and Amtrak police to arrive," Montenegro said. "I believe the SEB deputies will be conducting the search for the man that is still on the train."