Authorities are warning the public to be careful on dating apps after a man trying to meet up with a woman was kidnapped and robbed by two people in a Parkland apartment.

PIERCE COUNTY, Wash. - Authorities are warning the public to be careful on dating apps after a man trying to meet up with a woman was kidnapped and robbed by two people in a Parkland apartment.

A 30-year-old man called 911 on Saturday to report that he had gone to an apartment complex to meet in person with someone he met on Plenty of Fish.

According to the Pierce County Sheriff's Department, when the man went inside the apartment, another man appeared and ordered him to remove his clothes and give him his money, keys and cell phone. A female suspect then took photos of the victim to use in an extortion attempt, investigators said.

Over the course of three hours, deputies said the suspects forced the victim to unlock his cellphone and attempt to transfer them money. A $6,000 transaction did not go through because it was flagged as fraudulent.

Before letting the victim go, the suspects threatened to send nude photos to everyone in his contacts if he told anyone what happened to him.

Deputies said they used social media to help identify he suspects in this case.

On Sunday, deputies were sent to the same apartment for a domestic violence assault and recognized the man as the males suspect from the robbery and extortion attempt.

Investigators said as deputies tried to handcuff 22-year-ol Jahmichael Anthony Jeter III, he attempted to reach for a gun in his pocket. Deputies kept him from drawing his weapon, handcuffed him and put him in the back of a patrol car.

"According to the patrol car’s rear-facing camera, the suspect moved his handcuffs to the front of his body and broke the interior door panel in an attempt to escape," deputies wrote in a news release. "He also broke the top of the seatbelt fastener and used it as a tool to aid in his escape efforts. The car had to be taken out of service until repairs can be made."

They said Jeter has multiple prior felony convictions ranging from second-degree assault to residential burglary.

The sheriff's department provided some safety tips for people who are dating online: 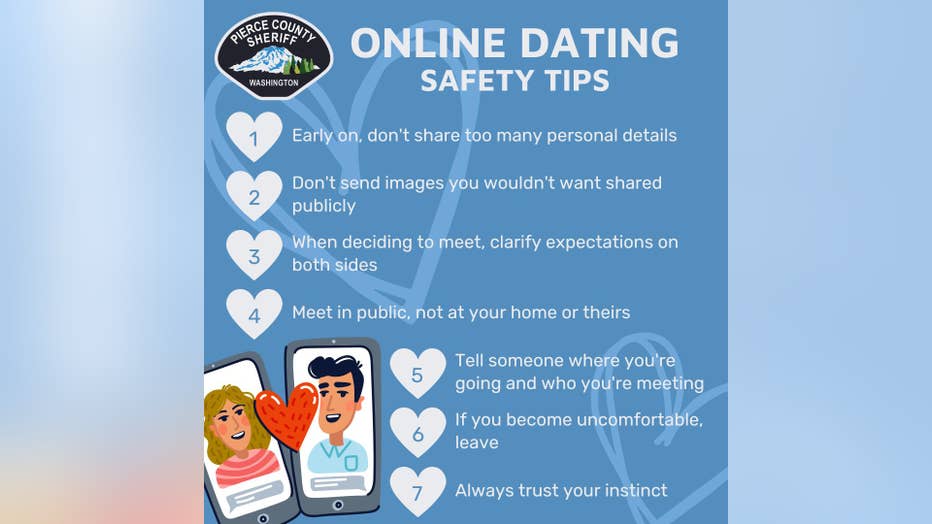