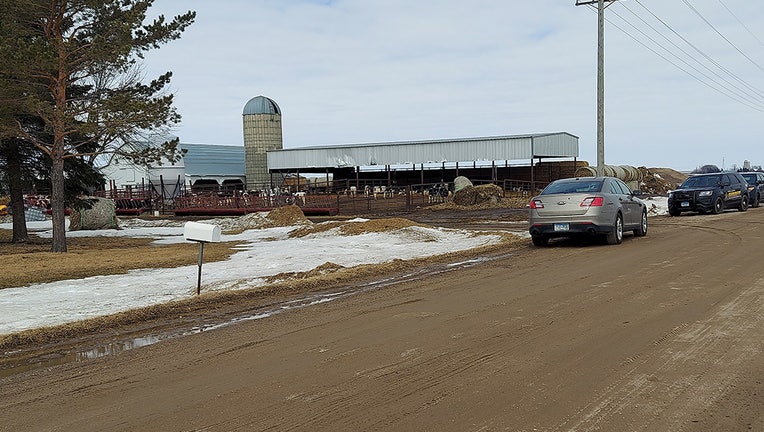 Authorities have charged a man with kidnapping for allegedly abducting a two-year-old boy in rural Pope County.

POPE COUNTY (FOX 9) - The man who authorities say kidnapped a 2-year-old boy in rural Pope County last week, triggering an AMBER Alert, allegedly used a window to abduct the child from the room the boy shared with his mother while she was out working and other members of the family were sleeping, according to a criminal complaint filed in district court today.

The Pope County Attorney's Office has charged Victor Ramirez, aka Benigno Alvarrez, with kidnapping the boy from a home in the small town of Westport, Minnesota, on Thursday, March 17.  His bond was set at $1 million without conditions, or 500,000 with conditions, including that he not enter the victim's house, have any unsupervised contact with minors or leave the state. As of Monday, Alvarrez remains in jail.

The complaint lays out a detailed, troubling narrative pieced together by investigators:

A note left in the bedroom

Last Thursday morning, the boy's mother came home after working a night shift at a nearby farm. After staying up for a while, she went to her bedroom and discovered her son was missing. Other family members in the house told her that they had put the child to bed around 8 p.m, according to the complaint.

The family searched the house and found a note, written in Spanish and English, asking for forgiveness for taking the child, "indicating that there was a prior plan to do so," the complaint says.

After interviewing the family, deputies spotted footprints outside the bedroom window and alerted a tracking dog to the boy's scent. The dog followed the scent down the driveway and to a nearby street, 120th Avenue, where it went cold, according to the complaint.

The mother told investigators that a man she knew as "Benigno Ramirez" had seemed, "very fond of her son, frequently gave them rides, bought him things, hugged him and took photos with him," posting some of the images to Facebook before later deleting them.

The complaint says that Ramirez had asked the mother to date him, but she had refused. She gave detectives a description of his truck - a black, two-door pickup - and also gave them the name of the restaurant where she believed he worked.

At 8:51 p.m., investigators received a tip coming in from the manager at that restaurant: about a half-hour earlier, at 8:36 p.m., employees had seen an employee named Victor Ramirez Alvarez with a boy who looked like the missing child in the AMBER Alert. The manager gave investigators the phone number of the employee, and it matched the number the mother had for the man she knew as "Benigo" Ramirez.

The mother called Ramirez on speakerphone while officers were present. He claimed to be surprised that the boy was missing and said he was on his way back from California.

Investigators went to Ramirez’s residence. He wasn't there, and neither was the child, but they found the clothing the boy was last seen wearing, according to the complaint. At 11:14 p.m., officers spotted Ramirez's truck and pulled him over, but the child was not with him.

Then, at 11:47 p.m., almost 10 hours after the boy had first been reported missing, a woman called 911 to report she had found a boy in her garage at a home in Zion Township in rural Stearns County. The child, she said, was alone and strapped into a booster seat. Officers responded and recovered the boy, who was unharmed.

According to the complaint, when detectives interviewed Ramirez, he confessed to abducting the boy and later dropping him off at an empty garage of someone he knew. He said no one was home at the time.

Ramirez faces up to 20 years in prison and a $35,000 fine if convicted of the kidnapping charge. He was also charged with "Depriving another of custodial or parental rights," which carries a possible two-year sentence and a $4,000 fine. He is first court appearance is scheduled for March 24.

With reporting from Paul Blume