A mother's heartbreak may never heal after losing a child to violence, but mothers are coming together. Kathryn Wooten of Watts lost not one son, but a second son to gang violence.

LOS ANGELES - A mother's heartbreak may never heal after losing a child to violence, but mothers are coming together. Kathryn Wooten of Watts lost not one son, but a second son to gang violence.

Fourteen years later, she is being recognized by the NFL and LA's Super Bowl host committee for her works of healing.  Wooten founded the nonprofit Loving Hands Community Care. The organization was launched in 2008 to provide "support and aid to grieving families who have lost their children to gang violence and trauma in the Los Angeles area."

Wooten turned her own unbearable grief into action. She held her first Mother's Day luncheon the very same year her two eldest sons were shot and killed in two separate gang shootings.

One son, Brandon, had been working under a program designed to bring gang leaders together in an effort to use their skill set for good and talk to children. She says that program was founded by former USC, now NFL head football coach Pete Carroll. Wooten says it was Carroll who encouraged her to bring other hurting mothers together.

In its 14 years, Loving Hands has grown to include an annual camping trip for siblings who've lost a loved one and its annual Mother's Day lunch is for mothers who've lost a child by any cause of death.

Wooten was on the football field at SoFi Stadium in December to receive a $50,000 grant by LA's Super Bowl Host Committee and its Legacy champions program. 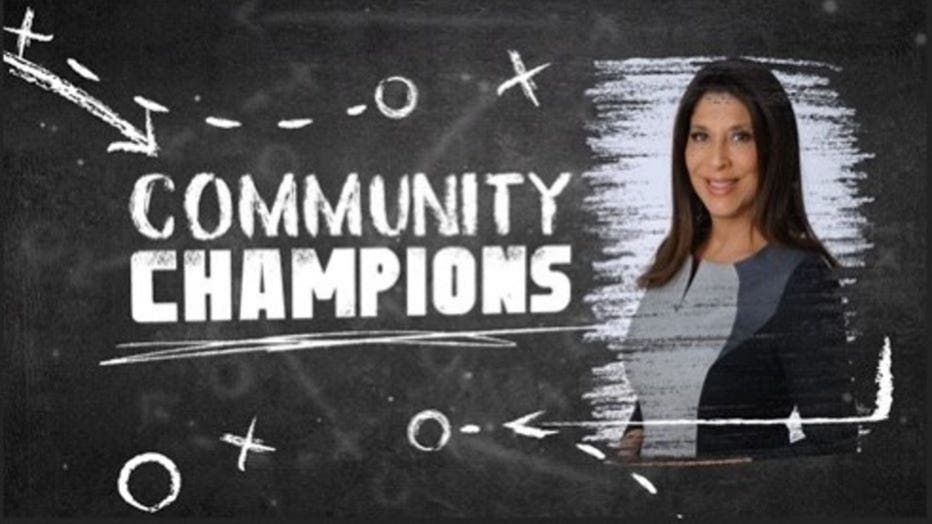