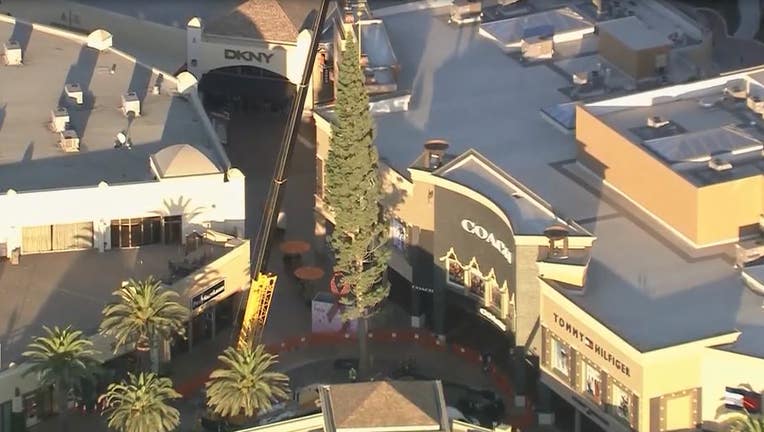 LOS ANGELES - Despite triple-digit temperatures… it’s beginning to look a lot like Christmas.

On Wednesday morning the world’s tallest live-cut tree arrived at the Citadel Outlets. The 115-feet tall white fir will be on display until the end of the year.

Mall organizers say over the next few weeks they will be decorating the tree with 18,000 twinkling LED lights and over 10,000 ornaments in preparation for the 18th Annual Tree Lighting Concert which will be held on November 9th.

This year shopping at the Citadel might be a bit memorable… the mall says they plan to have snowfall every night. 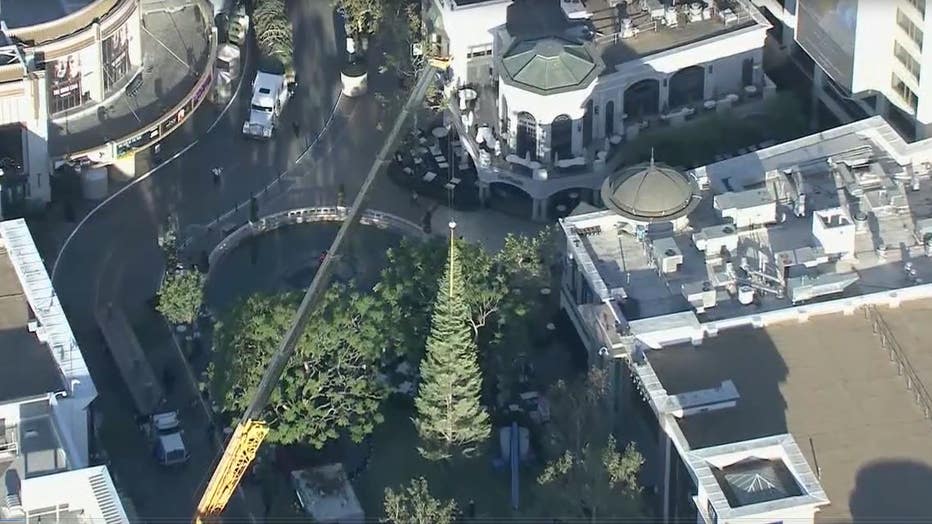 Meanwhile, The Grove is also kicking off the holiday season as a 100 foot white fir was put in place at the mall Tuesday.  The tree was brought in from Mount Shasta on a flatbed truck and hoisted into place with a crane.

The tree will be decorated and will make its official debut at the lighting ceremony on November 17th at 7:30 p.m.