TEMESCAL VALLEY, Calif. - The California Highway Patrol said Monday that a driver intentionally rammed his vehicle into a Toyota Prius that was filled with teenagers, causing a fatal crash that killed three boys in Temescal Valley.

Witnesses to Sunday night's horrific fatal crash led officials to the man they say caused it.

The crash was reported shortly before 10:30 p.m. Sunday night, near the intersection of Temescal Canyon Road and Trilogy Parkway.

Investigators determined that two vehicles were traveling southbound on Temescal Canyon when the driver of a white Infiniti, later identified as 42-year-old Anurag Chandra, of Corona, intentionally struck the Prius, causing it to slam into a tree, the CHP said. 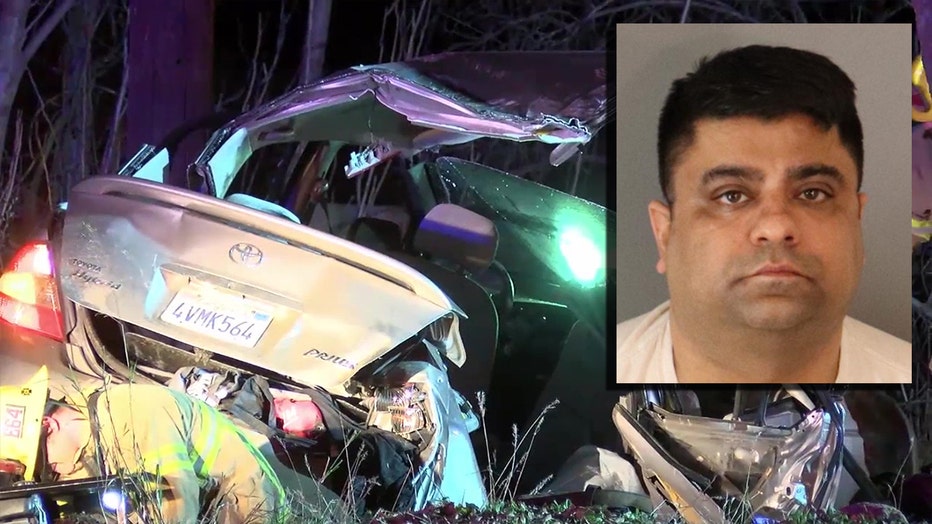 "It was an intentional act," CHP Lt. David Yokley told reporters at a news conference Monday. "Our investigation led us to believe Mr. Chandra intentionally rammed the Prius, causing the driver to lose control."

The Prius was occupied by six juveniles at the time of the collision, three of which became trapped inside the vehicle after it struck the tree.

Firefighters freed some teens trapped in the car. One boy died at the scene, while two others were pronounced dead while en route to the hospital, officials said. They were later identified by the coroner's office as 16-year-old's Drake Ruiz, of Corona, Daniel Hawkins, of Corona, and Jacob Ivascu, of Riverside.

The three other occupants in the Prius, including the 18-year-old male driver, were transported to area hospitals for treatment of their injuries. None of their injuries were said to be life-threatening.

It wasn’t immediately clear whether any of the teens were wearing seat belts, authorities said.

The CHP said that Chandra failed to stay at the scene or render aid to any of the victims.

"The investigation has now changed from a hit-run collision to homicide," Yokley said.

A witness said they saw the accident and followed the suspect to a nearby home, where CHP officers later located and arrested him. The white Infinity that was parked in front of the residence had significant front-end damage. 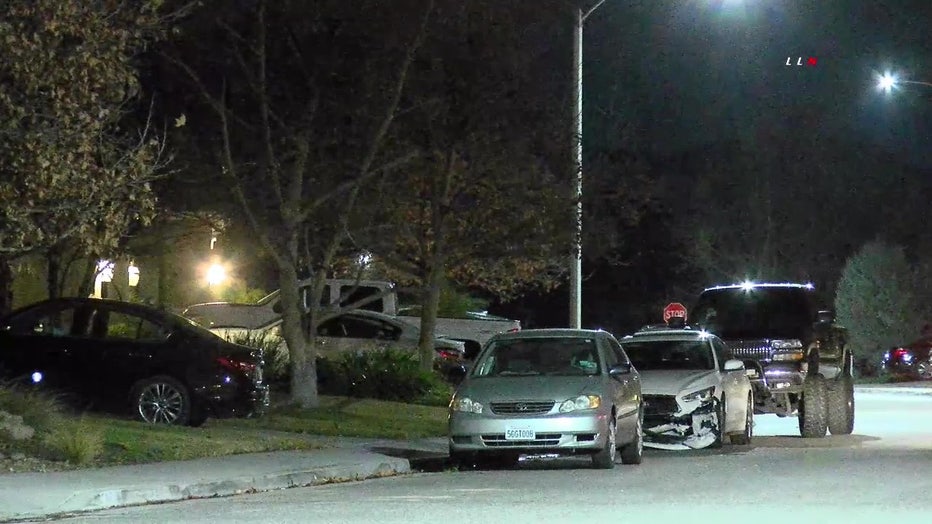 Chandra was booked on suspicion of murder with malice and assault with a deadly weapon.

Investigators are still working to determine a motive.