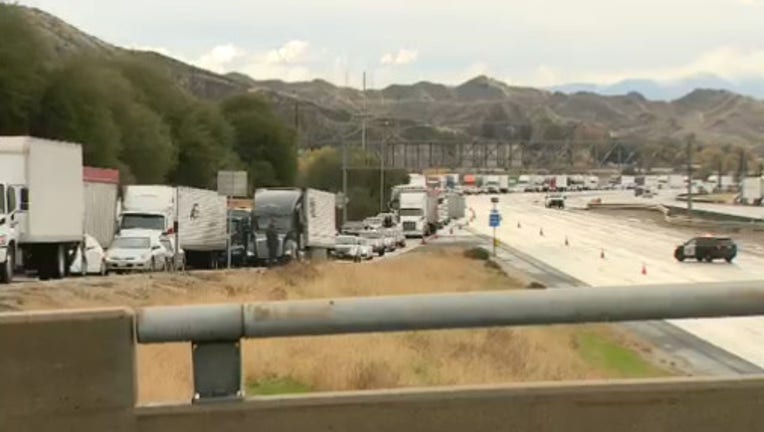 LOS ANGELES - A driver was found dead inside a vehicle Thursday morning while on Interstate 5 near the Grapevine, according to the California Highway Patrol.

Officials say the vehicle was found around 8:30 a.m. near Frazier Mountain Park Rd. The man was pronounced dead on scene.

No other information related to his death has been released.

The I-5 has been shut down since Wednesday night after a strong winter storm dumped snow over the Grapevine.  Cars have been stuck on the highway for hours, causing major traffic in the area.

There is no estimated time when the Grapevine will reopen.