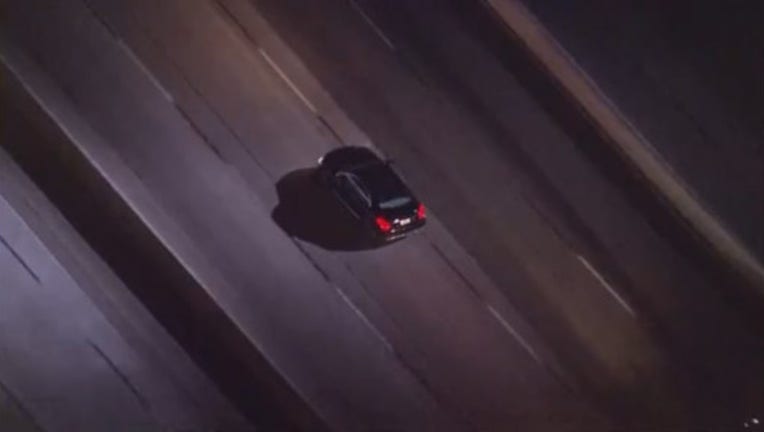 Three people were in the car, according to Polizzi, who couldn't confirm media reports that the car was a rental.

The car traveled through Los Angeles and made its way onto the northbound Golden State (5) Freeway and through the San Fernando Valley and Newhall Pass areas.

The car continued to be chased, often traveling at speeds upward of 100 mph, by several CHP patrol cars on the 5 Freeway, and was headed toward Kern County at around 11:15 p.m.

The chase ended in the Fort Tejon area sometime before midnight, according to media reports from the scene. Details about how it ended or how many people were taken into custody were not immediately available.