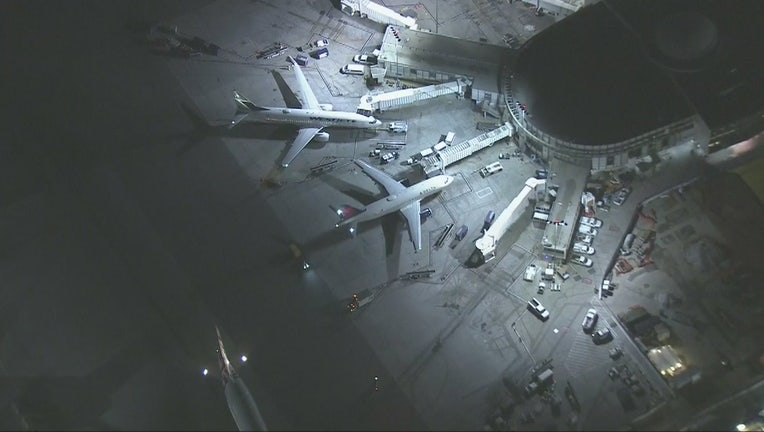 LOS ANGELES - The Los Angeles Fire Department has confirmed that a young girl died Thursday evening at LAX after suffering a Cardiac Arrest.

Just before 6 p.m., LAFD paramedics rushed to the airport after a Delta plane had been diverted back to the gate for a medical emergency and worked to save the child, but officials say the girl was "beyond medical help" and was pronounced dead at the scene.

"Delta flight 2423 from Los Angeles to Seattle returned to Los Angeles International Airport shortly after takeoff due to a medical emergency onboard. The flight was met by paramedics. Delta is working to reaccomodate customers to their final destination."

The Los Angeles Police Department is handling the death investigation and the L.A. Coroner will determine the cause of death.

LAPD says no one is in custody related to this ongoing investigation. The girl's name and age were not released. No further details were immediately known.