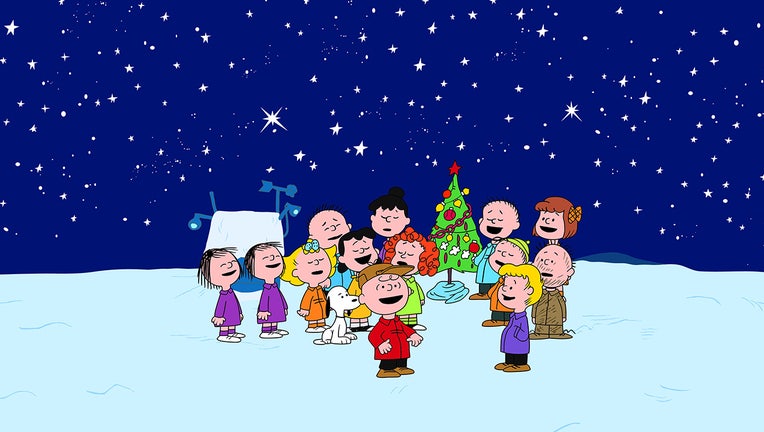 NEW YORK - The Mendelson family would love to find the envelope where their father, Lee, scribbled some lyrics to jazz musician Vince Guaraldi's composition "Christmas Time is Here" for an animated TV special featuring the "Peanuts" gang in 1965.

The producer always said it had taken less than half an hour to write, and he likely tossed the scrap of paper away. He was in a rush. Everything was rushed. No one even knew, once the special aired, whether it would ever be seen again.

Instead, "A Charlie Brown Christmas" became an indelible holiday tradition and so, too, has Guaraldi's music — perhaps even more so.

RELATED: Where and when to watch classic holiday TV specials for free

"Christmas just doesn't feel like Christmas without hearing that album in the background," said Derrick Bang, author of the biography "Vince Guaraldi at the Piano."

The special itself was a bit of an oddity: a cartoon story of the meaning of Christmas soundtracked by a sophisticated, mostly instrumental jazz trio of piano, bass and drum.

Yet it worked. Guaraldi's cascading piano evokes both motion and lightly falling snow on "Skating." The driving melody of "Linus and Lucy" is the eternal backdrop to a swinging party. "O Tannenbaum" shifts from the traditional carol to a bass-driven groove. A children's choir adds charm to "Christmas Time is Here."

The soundtrack has sold more than five million copies. Its nostalgia-fueled popularity has only grown, getting a crucial boost in 1998 when Starbucks began selling it in stores, and fed steadily by new products. The latest, a box set of outtakes from Guaraldi's recording sessions, was released this year.

"A Charlie Brown Christmas" has aired every year since 1965, although that tradition is about to change.

The special’s run on broadcast television ends this year. Apple TV+ bought the rights, and will stream it exclusively starting next year. While a recognition of television’s new direction, will that reduce the chances of new generations of children happening upon the story and music?

"I just remember, back in the days of three channels and scheduled programming, that was one of those things we were excited about because we knew it was coming on and we were familiar with it," said Harry Connick Jr., who covered "Christmas Time is Here" for his own holiday disc just out.

"It was actually an amazing opportunity for music like that to be heard by a lot of people," added Connick, a jazz devotee even as a youngster. "It was not necessarily the kind of music that would be played on regular radio."

That's even less likely now, as jazz recedes into the history books or the background of dinner parties, said Nathaniel Sloan, musicologist at the University of Southern California and co-host of the "Switched on Pop" podcast.

During the 1960s, jazz was closer to the mainstream and more likely to be played alongside pop music, he said.

The music Guaraldi created for the soundtrack is ambiguous and more complex than most holiday music, Sloan said. Tied to warm feelings for illustrator Charles M. Schulz's classic comic page characters, time has made it traditional holiday music.

Similarly, the unexpected places where the melody to "Linus and Lucy" have appeared testifies to how ingrained it is in American life. Michelle Obama played it on the piano when returning to her childhood home in the "Becoming" documentary.

Foo Fighters included it in a rocking "Saturday Night Live" holiday medley. Prince banged it out during his last concert.

It all started in the San Francisco area, home base for Guaraldi, as it was for Mendelson and Schulz. Mendelson's popular documentary on Willie Mays — Schulz's favorite baseball player — convinced the reclusive cartoonist to participate in a "day in the life" film about his work. One of Mendelson's favorite songs was Guaraldi's breezy hit, "Cast Your Fate to the Wind," so the jazzman was recruited for a soundtrack.

In the days before cable and streaming, Mendelson couldn't sell the documentary, so it went unseen.

After the popularity of "Rudolph the Red-Nosed Reindeer" in 1964, a sponsor asked Mendelson if he'd considered making a "Peanuts" Christmas special. He lied that he had. Schulz agreed to outline a story, and Guaraldi came aboard, too, recycling "Linus and Lucy" from the documentary.

Animation is time-consuming, so the team had a tight deadline to make it onto television. It was Mendelson who decided that "Christmas Time is Here" was missing something without lyrics. He asked several songwriters to take on the task, but the deadline was too daunting.

So Mendelson sat in his office and did it himself: "Christmas time is here, happiness and cheer..."

"I've always loved the music and the melody, but I really didn't understand how beautiful the lyrics were until I recorded it," said Norah Jones, who included her take on the song on a disc released last year.

The St. Paul's Church Choir from San Rafael, California, was hired to sing "Christmas Time is Here" and "Hark, the Herald Angels Sing." Producers infuriated the choir director by choosing a slightly out-of-tune version of the carol; they thought it captured an innocence they were seeking, said Bang, who wrote liner notes for the box set.

Some at CBS were nervous before the special aired. Executives wondered if viewers would accept their favorite comic strip characters come to "life" with voices and movement. Schulz’s insistence that the show quote from the Bible gave it a religious focus that television entertainment typically steered clear of.

But it was a hit, winning Peabody and Emmy awards, and never went away.

Guaraldi never had the chance to see his music age into standards. He died of a heart attack in 1976, only 47 years old.

"He's the best-known jazz musician whose name you don't know, because the music from the Christmas special has become so ubiquitous," Bang said.

Lee Mendelson died at 86 in 2019 — on Christmas Day. His son Jason, one of four children, is reluctant to say how much money his father earned from his few minutes of writing the "Christmas Time is Here" lyrics. Here's one hint: The song makes enough money, every year, to pay for all of the extended family's holiday shopping.

And he never tires of hearing Guaraldi's music, frequently attending concerts where the holiday songs are recreated live.
"I've never seen a bad one," he said.