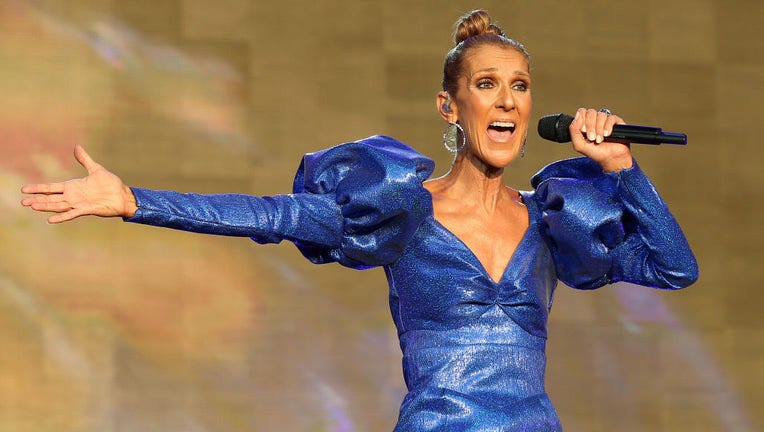 Celine Dion on Thursday revealed that she has been diagnosed with a rare neurological disorder in a tearful video shared with fans, adding that some concert dates have either been rescheduled or canceled.

Appearing visibly emotional, the 54-year-old Canadian singer said in an Instagram video that she has "always been an open book, and I wasn't ready to say anything before – but I'm ready now."

"I've been dealing with problems with my health for a long time. And it's been really difficult for me to face these challenges and talk about everything that I've been going through," Dion said.

She then revealed that she had been diagnosed with stiff-person syndrome (SPS), which she explained had been causing severe muscle spasms. SPS is a rare, progressive syndrome that affects the nervous system, specifically the brain and spinal cord, according to the National Institutes of Health.

In the U.S., the disease is estimated to affect fewer than 5,000 people, according to the NIH.

Symptoms can include "extreme muscle stiffness, rigidity and painful spasms in the trunk and limbs, severely impairing mobility," the NIH said. Spasms can generate enough force to fracture a bone.

There are multiple forms of the syndrome, but the most common in patients is called "Classic SPS," in which patients describe difficulties bending and turning and feeling that they walk like a "tin-man," the NIH notes.

"Eventually, it leads to multiple chronic orthopedic abnormalities such as increased lumbar lordosis, joint deformities, and abnormal posturing, which results in a ‘statue-like’ appearance," a description of the syndrome reads.

"While we're still learning about this rare condition, we now know this is what has been causing all of the spasms I've been having," Dion said in her Instagram video. "Unfortunately these spasms affect every aspect of my daily life, sometimes causing difficulties when I walk and not allowing me to use my vocal cords to sing the way I'm used to."

"The Power of Love" singer pre-recorded a video in English and another video in French, explaining to fans that she will be focusing on her health, and will therefore have to postpone the European leg of her tour.

"It hurts me to tell you today that this means I won’t be ready to restart my tour in Europe in February," Dion said. "I have a great team of doctors working alongside me to help get better and my precious children, who are supporting me and giving me hope."

FOX's Ashley Dvorkin joins NewsNOW from FOX's Pilar Arias to talk about the significance of a film like 'Titanic,' what the blockbuster did for the main actors and what's next for James Cameron.

"I'm working hard with my sports medicine therapist every day to build back my strength and my ability to perform again," she continued. "But I have to admit it's been a struggle All I know is singing. It's what I've done all my life. And it's what I love to do the most."

Her spring 2023 shows have been rescheduled to dates in 2024, and summer shows scheduled between May 21 through July 17, 2023, have been canceled. Those tickets will be refunded, according to her website.