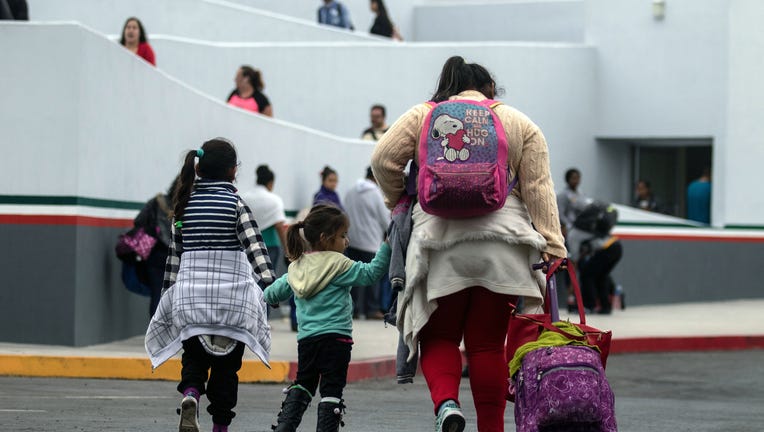 Migrants walk towards El Chaparral port of entry in Tijuana, Mexico, in the boder with the United States on June 21, 2018. - US lawmakers were poised to vote Thursday on long-term Republican-sponsored fixes to immigration amid a firestorm over family

SACRAMENTO, Calif. - The California Supreme Court on Wednesday denied a bid to block the state's first-in-the-nation plan to give money to immigrants living in the country illegally who are hurt by the coronavirus.

It was the second time in two days that judges refused to stop Gov. Gavin Newsom's $75 million plan to aid an estimated 150,000 unemployed adults who were left out of the stimulus package approved by Congress because of their immigration status.

The program offers each adult $500 to be distributed through nonprofit groups in an effort to protect recipients from providing personal information that might cost them other benefits or increase their danger of being deported.

The state’s high court in a one-sentence order rejected the petition filed by the Center for American Liberty, which contended the program violates the state Constitution’s ban on giving gifts to organizations outside of the state’s exclusive control.

It was filed by attorney Harmeet Dhillon, a San Francisco attorney, who is also a Republican Party official, on behalf of two long-shot Republican candidates for the state Assembly.

A Los Angeles Superior Court on Tuesday similarly rejected a request from the conservative group Judicial Watch to stop the program. That complaint argued Newsom lacked explicit authority from state lawmakers to provide the money.

None of the $125 million that Newsom announced on April 16 would be available has been distributed yet. Program officials told KTVU they hoped that at least some of the money would get into the hands of an estimated 150,000 people this month.