Capitol police are investigating after pulling over a truck bearing swastikas and other Nazi symbols near DNC Headquarters and finding an array of knives.

WASHINGTON - A California man who told Capitol police he was "on patrol" while espousing what they described as "white supremacist ideology" was arrested Monday morning after officers noticed a bayonet and a machete in his vehicle, which was decorated with Nazi symbols.

According to Capitol police, the man was in his truck near the Democratic National Committee headquarters when they took him into custody. 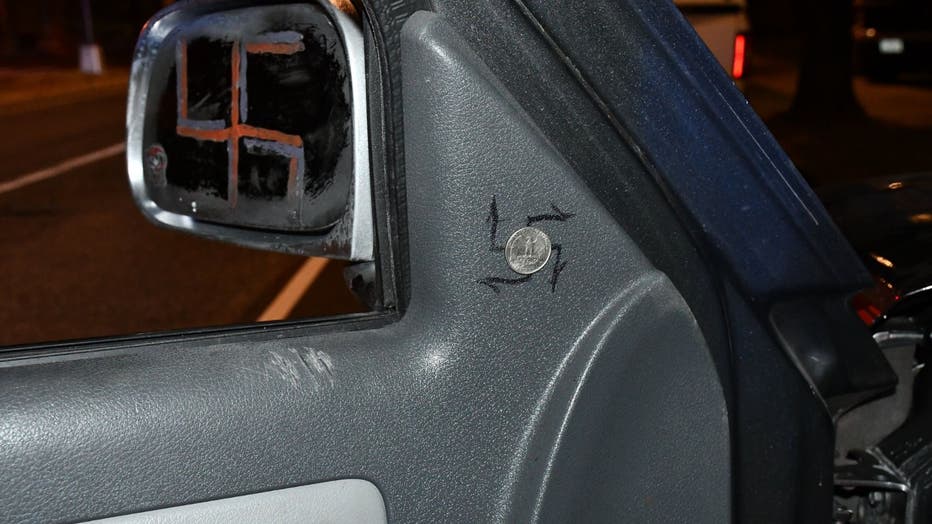 Along with the Nazi iconography on his Dodge Dakota, they say Craighead’s license plate had been replaced with an American flag.

At this time, it is not clear if he was planning to attend any upcoming demonstrations or if he has ties to any previous cases in the area, Capitol police said in a press release.

Capitol police – and other law enforcement agencies – are on high alert ahead of the so-called "Justice for J6" rally in support of the suspected mob members who stormed the U.S. Capitol.

READ MORE: DC bracing for 'Justice for J6' rally at US Capitol

The Jan. 6 riot flared up after a rally featuring former President Donald Trump – who reiterated claims that the 2020 election had been stolen from him.

Following the speech, the mob smashed its way into the Capitol, halting a joint session of Congress, which was in the process of the electoral vote certification process to formalize President Joe Biden’s victory.